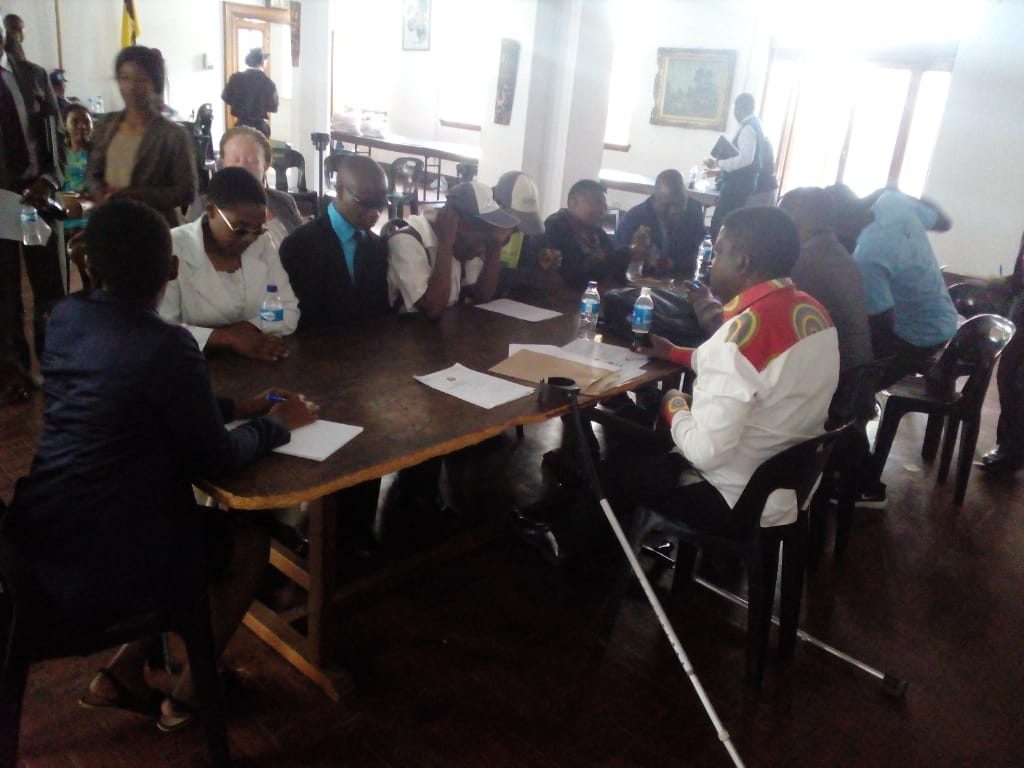 The meetings are part of a process to gather views of residents ahead of the National Devolution Conference to be hosted by the Ministry of Local Government.

In Harare, the consultative meeting was hosted by the Combined Harare Residents Association (CHRA), Community Water Alliance, (CWA) and the National Association of Society for the Care of the Handicapped (NASCOH).

The target participants in Harare were Persons Living With Disabilities and all categories were represented.

The guest of honor at the Harare meeting was Senator Rejoice Timire who commended the initiative and urged persons living with disabilities to actively participate in national processes, including the process of devolution so that their concerns are taken on board.

“Quite often, we end up crying foul that our concerns are not being addressed yet we do not take part in some of these processes. So I would like to urge persons living with disabilities to get involved and push for respect of their rights.

“I do however acknowledge that sometimes we do not have the platforms and I would like to commend HAMREF for organizing this meeting as it gives persons with disabilities the chance to put their demands forward,” said Senator Timire.

As part of the meeting’s outcomes, a 16 member national task force was formed and tasked with spearheading the ideal devolution framework for Persons with Disabilities.

NASCOH was given the responsibility to draft the terms of reference for the task force.

The meeting also resolved that there should be a national consultative process for persons with disabilities, development of PwD Position Paper on Devolution and capacity enhancement of PwD structures.

After the consultative meeting, the taskforce had its first meeting meant to prepare for the HAMREF Harare Devolution Policy Conference scheduled to take place on Thursday 05 September 2019.

In Norton, the meeting was aborted after the Zimbabwe Republic Police (ZRP) issued a prohibition order citing ‘an unstable political environment’.

HAMREF believes that devolution should address the following:

3) Devolved power and responsibilities of the state.

4) Structure of government enshrined Under Section 5 of the Constitution