The time to discuss unsafe abortions has never been more urgent in Zimbabwe, where nearly all abortions are clandestine and approximately 40% of these abortions result in complications such as severe bleeding, infection and even death. Though the exact figures of women and girls who have died from unsafe abortions is not known, a study showed 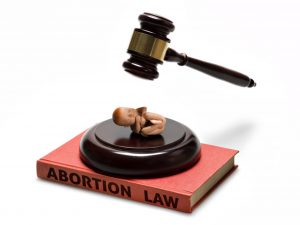 The time to discuss unsafe abortions has never been more urgent in Zimbabwe, where nearly all abortions are clandestine and approximately 40% of these abortions result in complications such as severe bleeding, infection and even death.

Though the exact figures of women and girls who have died from unsafe abortions is not known, a study showed that abortions are the fifth leading cause of pregnancy-related deaths in Zimbabwe.  The situation is made worse by the current “Termination of Pregnancy Act” that is extremely restrictive, only allowing abortion in the following situations: for rape and incest survivors, if the condition of the woman is at risk, or if the fetus is malformed in such a way that it will not survive after birth. Implementation of this law also presents challenges, which include the need for doctor’s appointments and delayed court processes. This further perpetuates deaths from unsafe abortion as women at times choose not to follow the lengthy and painful legal route.

As we mourn those who have died, let’s also use this as an opportunity to plan for the future based on the following lessons.

Firstly, we have to realise that restrictive abortion laws kill women, and the poor are disproportionately affected. Zimbabwean women who can afford, go to South Africa where abortion is legal. On the contrary, those who don’t have that option seek out illegal providers who employ unsafe procedures that have a high rate of dangerous and potentially deadly complications, like heavy bleeding and infections and even death. In Zimbabwe, the poor suffer the most. In fact, the world over, restrictive laws make access to safe abortions a class issue.

An analysis of the situation in Zimbabwe from experts at the Guttmacher Institute in New York, Zimbabwe’s Ministry of Health and the University of Zimbabwe estimated that over 65,000 abortions were performed in 2016. Most of them were unsafe and poor women were most likely to experience the worst complications. Zimbabwe has a high rate of pregnancy-related deaths, one of the highest in Africa, and unsafe abortions are among the leading causes.

Secondly, if you restrict abortions, be prepared for a high demand for health services to treat complications arising from the inevitable increase in unsafe abortions. And be prepared for the increased costs that they generate for the overall health system.

Earlier this year, the Zimbabwe Broadcasting Corporation covered the story of a man who was carrying out unsafe abortions in the high-density suburb of Mbare. Girls as young as 13 years old had procured unsafe abortions from what was basically a backyard abortionist. Complications included bleeding, infection, sterility and even death.  And the cost of treating them was borne by the public health system.

Finally, those who oppose abortion need abortions, too. In my advocacy work, I have come across more than 50 women who are known to be abortion opponents but who were seeking out abortion services, either for themselves or their daughters. It is only when someone is faced with a difficult situation that they appreciate the need for safe abortion services.  One young woman I knew had been accepted to study abroad, an opportunity that would change the trajectory of her and her family’s life. All of her expenses had been paid, and then she discovered she was pregnant. She came to me with her mother whom I knew to be opposed to abortion. I advised her to travel to South Africa where the laws allowed safe terminations. The daughter was able to get a safe abortion and proceed with her education.

The evidence is clear. Restricting access to abortions increases the number of unsafe abortions, burdening the public health system.

As we commemorate International Safe Abortion Day on September 28, let’s consider reviewing the current Termination of Pregnancy Act. Let’s also consider making contraceptives readily available to young people so they can avoid the unwanted pregnancies that lead to unsafe abortion or even death.

Edinah Masiyiwa is a women’s rights activist. Currently she is the Executive Director of Women’s Action Group and a 2019 Aspen Institute New Voices Fellow. A version of this piece was first published by Ms. Magazine.