Or is obstructing the course of justice and resign: an open letter to the UN 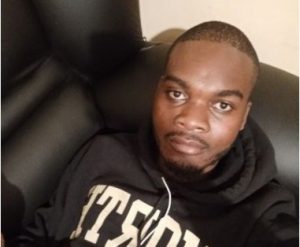 Strange things are indeed happening in Zimbabwe. President Mnangagwa, before leaving for the United Nations made a very strong statement in which he accused Dr. Peter Magombeyi of a hand in his own abduction:

“Such political trickery, which in fact amounts to terrorism, will not take our country forward. The State has a responsibility to ensure protection and safety for all citizens. New measures might have to be formulated to deal with this new threat and to severely punish those responsible for such subterfuges.”

On face value, one would say His Excellence is a responsible President who cares for the people of his country.

However, look at it from another angle – a man has been missing, and the Police has not yet done any investigation to establish what could have transpired, but a President is already indicating that Dr Magombeyi’s abduction is an act of political trickery? Very strange indeed. For the records, National police spokesperson Assistant Commissioner Paul Nyathi had on the same day said investigations to establish what really transpired were ongoing:

“He is currently admitted at a local hospital for observation by a medical team. He has been examined by his own medical team and Government medical officers. He is safe and has not been arrested at all as claimed in some sections of the media. Dr Magombeyi will be interviewed by the police once he is cleared by his medical team”.

This raises questions as to who is advising the President and what their intentions are, or whether it is the President himself who is hallucinating?

Dear President Mnangagwa, do not rush to accuse people before an investigation is carried out and completed. Your utterances indicate an attempt by someone to cook up results that shield the real perpetrators of these heinous acts.

I hope the United Nations reads into this scandal by Government and sees Emmerson Mnangagwa for who he really is.