Damning comments on the situation in Zimbabwe by the UN and the International Monetary Fund (IMF) expose Mnangagwa’s government as incompetent, deceitful and corrupt. 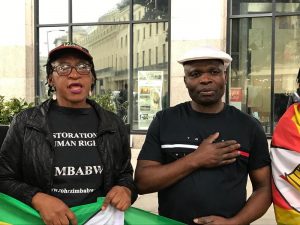 A bad week for Zimbabwe began with a total cut off of water in Harare and concluded with the tortured doctors’ leader Dr Peter Magombeyi having to fight to be allowed to leave for medical attention in South Africa.

UN Special Rapporteur Clement Voule said after a ten-day fact-finding mission to Zimbabwe: ‘the repression of protestors, the attempt to ban protests, the excessive use of force and the restrictive application of legislation regulating the rights of freedom of peaceful assembly and association gravely overshadow efforts to democratically transform Zimbabwe.’

The UN envoy spoke of fear, frustration and anxiety among a large number of Zimbabweans and said hopes were fading of an improvement in living conditions, with the economic environment deteriorating.

For its part, the IMF said inflation in Zimbabwe was now the highest in the world. It put it at about 300%, although the American economist Steve Hanke, who closely watches Zimbabwe, believes it to be much higher.

An indication of the corruption now endemic in Zimbabwe is the suspension of 36 officials of the Zimbabwe Revenue Authority who can’t explain why they are so rich. Zimra boss Faith Mazani said: ‘We found out quite a number of cases where our officers are building houses, going on holidays and buying cars beyond their expected lifestyles’.

Zimra is seeking to forfeit property acquired by its former accounting officer Tapuwa Evans Chidemo including two mansions in Glen Lorne, Harare, a flat in Harare city centre and a Mercedes (see: https://www.herald.co.zw/zimra-lifestyle-audit-36-suspended/).