What can we learn from his descent into tyranny?

If democracies have learned anything, it is that one man or woman in control of a country for decades never works. Having come to power by fighting against the previous regime, with spells in prison or exile, charismatic leaders can only sustain their power as that charisma fades by progressively tightening control. Challengers, typically embodying some combination of fresh ideas, new social forces and a desire to end abuse, are held down by ever fouler means.

Even if the state purports to be a democracy, elections are rigged, the media muzzled and opposition politicians harried or even killed. Inevitably, the economy suffers: there is a lack of investment, growing shortages, government rationing and rampant inflation. As the despot gets older, there is a fight for the succession, but without rules, process or accountability, so that it becomes a raw and destructive battle between factions. The need for orderly succession is an overlooked and powerful argument for democracy, as those conniving in the strutting power of presidents Putin and Xi will one day discover.

Authoritarianism – from Zimbabwe’s Robert Mugabe, who died last week, to the Philippines’ Ferdinand Marcos – always goes wrong. The list of failures is long, including China’s Mao Zedong, Cuba’s Fidel Castro and Venezuela’s Hugo Chávez. George Orwell’s prescient warnings in Animal Farm are confirmed again and again. The intriguing question is why so many both inside and outside a country suspend their thinking capacity and collude in the despot’s narrative.

Challenging authoritarian power from inside demands extreme bravery: the authoritarian will have control of the police, courts and military and be only too willing to use them. But there is little excuse for those outside, too often blindsided by stories of colonial liberation, freedom, socialism or, as in China’s case, sheer economic effectiveness.

Mugabe, who had nearly 40 years running Zimbabwe, is an object lesson. Once a freedom fighter, imprisoned for his beliefs, and and at the time benefitting from wide support among the western left, he was elected prime minister in 1980 as Zimbabwe’s saviour. Clever and articulate, he preached pan-African black power but also reconciliation. However, the institutions in the fledgling democracy, borrowed from Westminster (which, we are discovering, is a weak democratic model), were easily abused.

The doctrine that simple majorities confer total sovereign power, even over law and the courts, was co-opted by Mugabe to justify his transmutation from prime minister to president controlling all the institutions of authority. Then, as he became fearful that any successor would exile or imprison him for his misdeeds, he manipulated successive elections, rigging votes and closing ballot stations. The economy collapsed and ultimately he was ejected from office when too frail and old to sustain his charismatic control.

Of course, he had a great story. It needed a strong man to take on the noxious legacy of colonisation. The white community, still owning vast tracts of land, would necessarily oppose black rule. Fire had to be fought with fire: Zimbabweans should not listen to complaints about democratic abuse and interference with the rule of law. This was a raw power struggle in which democratic norms came second to redressing gross injustice. His black critics were playing into the hands of the whites.

Yet he is now seen as a pernicious disaster. It’s not just the rule of law that has been wrecked, but the economy. His one saving grace is that he helped convince Nelson Mandela that a successful South Africa would be based on respect for its democratic institutions – a fixed-term presidency, regular, independently scrutinised elections, independent courts, regard for law and an independent press.

Learning from its neighbour, South Africa, imperfect though it is, has been better served. The Mugabe-like former president Jacob Zuma, condemned by South Africa’s constitutional court for not upholding the constitution, is now fighting corruption charges and firmly out of power.

Good democratic governance is the precondition for prosperity, order, justice and freedom. Yet creating fit-for-purpose institutions of democracy is always a work in progress and always imperfect; no country possesses the utopian democratic system. The temptations of political power need constantly to be held in check by multiple and entrenched institutions of alternative power – an independent judiciary and press, a second chamber, a constitutional court and, above all, a culture of laws in which it is understood that respect for human rights is the glue that binds the entire democratic apparatus.

As the third decade of this century approaches, it is clear that no country, not even the once esteemed US and UK, can rely on producing this cultural glue from within. The greater the number of international norms, the greater their strength, the more support those fighting for justice and accountability have when their democratic institutions are under pressure. 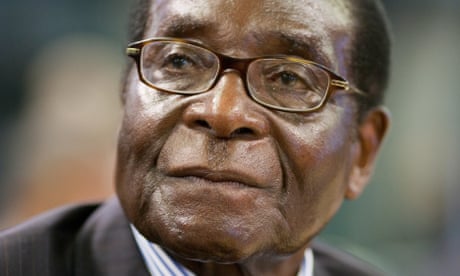 This is certainly true of countries such as Zimbabwe, but also of today’s Russia or China. The brave protesters in Hong Kong are strengthened – and the Chinese authorities who want to crush them weakened – by the existence of the Universal Declaration of Human Rights. There is an international gold standard, even if it is rarely attained, and so it is that bit harder to snuff out democracy. It is why the former supreme court justice Jonathan Sumption was so naive and fundamentally wrong in this year’s Reith lectures when he offered Brexit broadsides against international human rights law.

Certainly, human rights law can sometimes overstep the mark – all human institutions are imperfect – but to imagine that every country’s democracy is so strong that the national polity can be the sole site for defending and legitimising human rights is mad. The UK, with only a puppet privy council and no constitutional court (unlike South Africa) to adjudicate over the abuse of prerogative power, is hardly an acme of democratic process. Mugabe’s career, and the damage he inflicted on Zimbabwe, is too frequently dismissed as the result of a particular leader acting on a particular ex-British colony. Rather, it is a lesson for us all.

• Will Hutton is an Observer columnist