Platform for Youth and Community Development (PYCD) joins Zimbabwe and the rest of the world in commemorating the International Day of Peace. This year’s celebrations are running under the theme "Climate Action for Peace.” 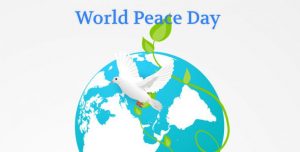 This theme is a realisation that climate change is an indisputable challenge to human rights, security and socio -economic development in our local communities.
PYCD is cognisant of the fact that climate change poses far greater challenges especially to vulnerable members of our society, as it has the potential to aggravate existing fragile situations as has become the case in Chipinge and Chimanimani districts due to the impact of Cyclone Idai.
This year’s commemorations come in the midst of serious concerns by citizens of Zimbabwe and Africa, to invoke the values of ubuntuism as a lasting solution to the various forms of violence taking place in the world. A Case in point is the gothic scenes of Xenophobia attacks that are currently going on in South Africa against fellow African nationals. The xenophobic attacks have resulted in the death of 12 people with more than 680 people arrested for violence.
The commemoration provides an opportunity for PYCD to advocate not only for a legally binding instrument against violence, but for a moral campus that will assist citizens and governments to develop common values that allows for human rights, justice, freedom and protection of all core values of humanity.
PYCD will be commemorating this day through a sports tournament  featuring eight community soccer teams and eight community netball teams. The participating community teams have been picked from various villages in Chipinge district.
The sports tournament will be preceded by a march which is expected to denounce the sprawling of gender based violence cases in Chipinge district .The procession will be from Machona village via Chisumbanje village to the venue of the commemoration, which is Takwirira High School on the 28th of September 2019.
This year’s theme commensurate with the current efforts by government and development agencies to mitigate against the effects of Cyclone Idai which left more than 1000 people dead. Cyclone Idai left a trail of destruction in Chipinge and Chimanimani districts.
In commemorating the International Day of Peace, PYCD will engage in public awareness activities that seek to address a wide chasm between women adversely affected by the consequences of climate change and community leaders who control the resources and hold the decision – making power.
Post published in: Featured