Zimbabwe doctor Peter Magombeyi disappeared on 14 September in Harare and was found five days later, alive yet extremely disoriented-- just the latest in an alarming string of disappearances that have been carried out in Zimbabwe, according to human rights activists.

Some 50 people, primarily political opponents and union leaders, have been kidnapped in Zimbabwe in 2019 alone, according to Human Rights Watch.

Magombeyi, 26, launched the Zimbabwe doctors’ strike on behalf of the Zimbabwe Hospital Doctors Association (ZHDA) earlier this month, calling for doctor salaries to be valued with the US dollar as hyperinflation is gripping the country.

He said that he had be receiving death threats after the strike was launched and was apparently abducted six days later.

Doctors took to the streets to demand his disappearance be investigated, chanting, “No Peter, no work,” and accusing security forces of abducting him.

He was found 30 kilometres outside the capital, and a member of the ZHDA said that he would be examined to determine whether he had been tortured.

#BreakingNews: a Dr friend of @DMagombeyi says he earlier spoke to Peter Magombeyi in IsiNdebele who is alive, disoriented, & unsure where he is, trying to find transport to Harare. No further details & now phone is off. @hrw @zimlive @ProfJNMoyo @ZadhrDoctors @263Chat @cvoule 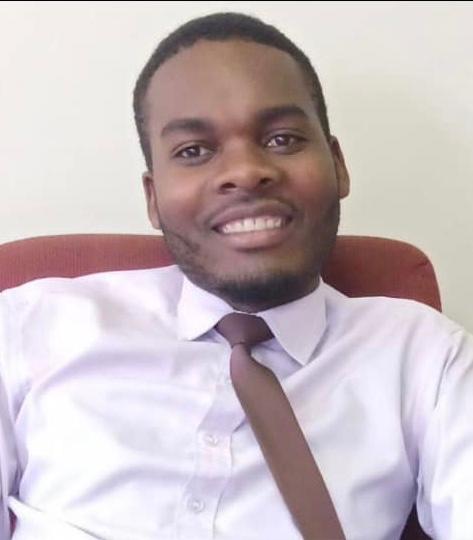 Regime change, but not a tactical change

“We are happy that a staffer at a local hospital who had been reported missing has now been found unharmed,” said President Emmerson Mnangagwa late Friday, a day after the doctor was found.

Mnangagwa added he was “disturbed” by the “growing trend of politically motivated false abductions” casting his government in “negative light”.

In a statement issued last month by human rights group Amnesty International, since Mnangagwa came to power in 2017, his regime has “resorted to the same brutal tactics” as the strongman he ousted, Robert Mugabe.

Those who are abducted are victims of a “systematic and brutal crackdown on human rights,” it added.

According to a report out by the Zimbabwe Peace Project (ZPP), a human rights monitoring group in the country founded by Jestina Mukoko, the spike in abductions and intimidate by state security agents has had a sharp increase.

Any dissent is not tolerated, according to ZPP.

“This could explain the 30 percent increase in violations from the month of May to June from 157 to 204,” according to the report.

“Mashonaland Central province proved to the be hotspot of intimidation and harassment violations accounting for 40 percent of the cases followed by Harare at 14.9 percent and Mashonaland East at 12.4 percent,” it said.

ZPP Director Mukoko was herself abducted and tortured in 2008. She won compensation from the High Court of Zimbabwe late last year for her disappearance and torture, according to the World Organization Against Torture.

Not an isolated case

“So far, none of the perpetrators have been arrested,” he added.

ARTUZ President Masaraure has been abducted twice once in January and then again in June.

“The union representatives are accused of being a destabilizing force against the government,” it added.

The government claims the opposition party is carrying out these abductions.

“This is a characteristic propaganda stunt by the opposition and its supporters,” said Zimbabwe presidency spokesperson George Charamba.

Comedian and critic of the Zimbabwean government Samantha Kureya was kidnapped from her home and forced to drink raw sewage. She was found later that evening in shock.

Others have not been so lucky.

Blessing Toronga, a member of the opposition Movement for Democratic Change (MDC) party who regularly spoke to the press disappeared in January while protesting against fuel price hikes.

“There is no space for dissent (in Zimbabwe),” according to Amnesty.

Mnangagwa has been accused of human rights abuses before when he was security minister under Mugabe in the early 1980s. He has been repeatedly accused of masterminding the Gukurahundi, a widespread ethnic cleansing in the south and southwest of the country, where some 20,000 Ndebele people were killed.