In every sphere of life, leadership plays a pivotal role and yet it seldom receives the attention it deserves. Seldom are leaders carefully selected and trained for the tasks they take on or are dumped into their laps. In fact, it’s a miracle when someone gets the top job and can actually handle it when called upon to do so. 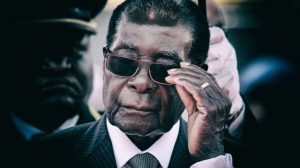 Just take the award of the Nobel Peace Prize to the Prime Minister of Ethiopia last week. He took over the leadership of the Government in April 2018 and in a whirlwind of activity he made peace with Eritrea after 20 years of war, restored relations with all their neighbours and put the country onto a completely new path into the future. Look at Rwanda – site of the Genocide of 3 million people in a savage internal conflict that took 80 000 lives a day while it raged. Now cited as the African country of the future – the change – leadership from a President who by example, leads his country down the path of peace and reconciliation.

Think about leaders who have taken their countries and their people down the road to destruction, in the process killing tens of millions in the process, Hitler, Mau, the Khmer Rouge. Think of the millions who died of starvation in Ethiopia not long ago. The failure of Belgium occupation of the Congo, the German occupation of Namibia, the exploitive occupation of India by the British, the list goes on and on.

Here in Zimbabwe we have to acknowledge the terrible failure of the Mugabe regime over the 37 years that he ruled us with an iron fist. We are poorer than we were at Independence, more debt-ridden and less able to even feed ourselves. In almost every international comparison – Zimbabwe is close to the bottom. Yet we are well known for our people who are enterprising and hardworking and who have an education that makes them a valued commodity in all the countries where they have gone when fleeing the chaos at home.

We can blame ideology, the weather, our colonial legacies and international forces, but in the end, what seems to make the difference is almost always just one thing – leadership.

The first line of failure is in the family. The family, a man and his wife and children, is no creation of humanity – it is the core relationship designed by God to produce and bring up children and provide for security and companionship throughout life. Generally speaking, we have now a failure rate of 50 per cent in all marriages consummated. What society can succeed if half the families in their population are dysfunctional? Speak to anyone who has succeeded in creating and maintaining a successful family and they will tell you that the principles are simple – a lifelong commitment to each other, fidelity and care and parents who provide leadership.

At one time in my life, I ran camps for children from local schools in the holidays – two a year, each with 60 small boys and a team of leaders. Within 2 days of arriving in camp, we could pick out the kids with a dysfunctional family. They underperformed, had a low esteem of themselves and other problems. People who go through a divorce often claim that “they remain friends” and the “children are not affected”, believe me, it’s not true, in almost every case the children suffer, they need both Mom and Dad.

Countries that have experimented on a large scale with raising children away from their families in State institutions know from their history that the generation that resulted, could not make decisions, did poorly in school and life and were hopeless in managing interpersonal relationships – one of the essential ingredients in leadership. In all those countries the State today is a tough advocate of the family.

Then you get leadership in the body corporate. Of all the jobs I have held in 60 years of work, the most satisfying has been the task of providing leadership to a team running a corporate body. I can tell you that being number 1 is very different from being number 2. The gap in salary and even responsibility may just be one grade, but as the team leader, you have to care for every one of the people in your team – in some cases many thousands, you have to think for the whole organisation and make sure that you plan for the future. You have to have a vision for the Company and a clear idea of what makes it work. If you make a strategic mistake or take a wrong turning, the consequences can be catastrophic. Sometimes you have to take hard decisions and take tough positions on issues.

I have long held the view that the local government is more important to people’s daily lives than central Government. This is because this level of Government in a society must provide water and energy, roads and waste disposal and generally manage the things that are central to a better quality of life. Before Independence, our local Government structures were managed by Councils who were made up of elected individuals without political links. In many cases, the Councils were made up of businessmen men and women with a sound record of achievement in their own spheres of interest.

At Independence we made all Councils linked to Political Parties and I am afraid the results have been pretty dismal. Almost universally, local authorities are a mess in every way and are failing to deliver what they are responsible for. The consequences are that our roads are a mess, more than half of all urban dwellers do not have access to clean water, waste disposal is intermittent and in addition, the great majority of our liquid effluent goes back into our rivers without treatment.

Then there are the key services of education and health. In today’s world economy you have to have a well-educated population and you have to have a working-class that is healthy in every way. Productivity is nearly totally dependent on these two variables. Failure in these two key sectors means that you cannot hope to compete and develop. The most important person in all education and health institutions are the managers – look for your best schools and at its head, you will find an outstanding individual. Ask parents what they value most and they will tell you it’s is a decent Headmaster or Mistress.

When I had emergency treatment for a blocked basilar artery in my head in South Africa, I had superb care and first-class surgery and aftercare. When I was visited by a 35-year-old business graduate with a degree in hospital management, I realised why. She was bright, caring and hands-on and wanted to know from me (a client) if I had any complaints.

And then leadership at a National Level. Just look back on the Obama era in the USA and compare that to Trump – do I need to explain? Look at Ethiopia – the image is of hungry children with their ribs sticking out and covered in flies, now the fastest growing economy in the world. Fast trains, big projects and exploding Cities. Look at China after Mau – Deng took that vast country by the throat and made it work and now the whole world watches in awe as they build Cities out of nothing in weeks.

What are the key elements in good leadership? Integrity, trust, reliability, care for everyone, not just the elite, kindness and ability to communicate vision and hope. Hard work is essential but always with quality distributive authority and control. Ability to inspire others to work selflessly and hard and to look after the resources and assets being deployed.

That is what makes the world go round and it always has been so. If our leadership would follow these simple, timeless principles, we would not look back and instead would power ourselves into the future.