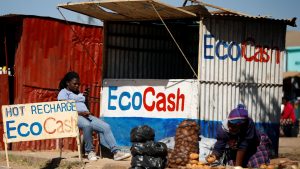 In what analysts have described as a major blow to the advent of mobile money and financial inclusion, the Zimbabwean central bank has banned mobile money agencies from facilitating cash withdrawals or deposits with immediate effect.

Zimbabwe is going through a serious cash crisis, with very few banks being able to provide depositors with physical cash. To get cash, Zimbabweans have been resorting to mobile money agencies who were illegally selling cash at a premium which reached 60% recently.

This facility of accessing cash through mobile money agencies has, however, now been banned, with the Reserve Bank of Zimbabwe saying in a statement: “Some economic agents are engaging in illegal activities, abusing the cash-in, cash-out and cash-back facilities thereby compromising the public interest objectives of national payment systems in the economy.”

It added: “Notable activities include the buying and selling of cash through mobile money agents at high rates above the approved charges for cash-in and cash-out with some economic agents not banking cash sales under the disguise of cash-back services.

“The charging of commissions outside the approved framework adversely affects the smooth operation of payment systems and have the negative effect of distorting pricing of goods and services.”

The central bank directed all mobile payment system providers and merchants to discontinue cash-in and cash-out with immediate effect.

“Banks, mobile payment system providers and other economic agents are reminded of the need to ensure that the entire ecosystem operate within the confines of law and enforce compliance,” said RBZ deputy director financial markets and national payment systems, Josephat Mutepfa.

Analysts, however, described the move as firefighting, saying the central bank is dealing with symptoms and not solving the real problem, which is limited availability of cash.

“We have approximately $600m in circulation against $15bn in money supply, so there is a serious mismatch. We need to print physical notes,” said Harare-based analyst Walter Mandeya of Trigrams Investment.