The Combined Harare Residents Association (CHRA) on October 31, 2019 held a Water Dialogue Summit in Harare where it was resolved that there is need to set up an Independent Assessment Committee to monitor the use and performance of the US$868 Million water loans set to be signed by the Harare City Council and the Chinese. 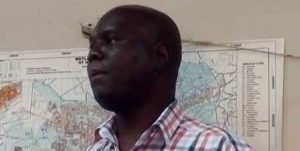 Council approved the signing of the deals on October 7, 2019, with government coming in as the guarantor. The Harare City Council will cede land as collateral.

The CHRA Water Dialogue Summit sought to interrogate the rationale and justification for water loans while at the same time seeking to proffer solutions in terms of transparency and accountability in the handling of loans by council.

Harare Mayor, Herbert Gomba concurred during the Water Dialogue Summit that there is need for greater transparency and accountability and pledged to work with stakeholders in ensuring the loans are put to good use.

His submissions came following questions from participants on the mechanisms that had been put in place to ensure transparency and accountability on the handling of the loans.

“We are looking at the issue of transparency seriously. I will discuss with senior council officials on the need to set up an independent body that assesses the use of the money. The structure of the body should be comprised of people with a desire to serve our people.

“We will discuss with stakeholders such as the Combined Harare Residents Association on the composition of that body which we want to be as independent as possible. I can give you assurance that we are going to set up that independent body in line with our efforts to promote transparency and accountability,” said Mayor Gomba.

CHRA Director, Loreen Mupasiri applauded the Mayor’s submissions and highlighted that council’s budget statement for 2020 should however be clear on what is being covered by the water loans so as to avoid ‘double dipping whereby you budget for things that are already covered under the loans’.

She however bemoaned the fact that the centralization of council’s tendering system in the Office of the President limits residents’ powers to monitor the use of the loans and hold authorities to account.

Council’s debt policy should be written down and they should look for stakeholders who make their input and we haven’t seen that at the City of Harare,” said Chitambure

He bemoaned that there was so much secrecy surrounding previous loans acquired by council but however applauded Mayor Gomba for his open door policy with residents.