Zim govt should give them their worthy and dignified salaries 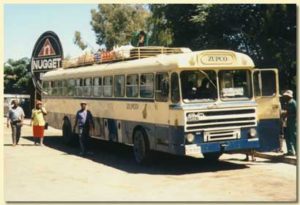 Never in my 46 years of existence have I been exposed to such an ignorant and arrogant government as that of Zimbabwe. Never in my life have I encountered a group of people who are divorced from reality, whose perception of the real world is skewed and distorted that they fail to comprehend, with any measure of seriousness, the gravity of the plight of the impoverished people of Zimbabwe in general, and civil servants in particular.

Why would a whole government – that purports to be a servant leadership and represents the best interests of the citizenry of Zimbabwe – fail to grasp the very basics of what its own workers are clamouring for – a living wage, that enables them to sustain a dignified livelihood worthy of their station in life.

Yet, those in power choose to wantonly ignore this fact, preferring instead, to reducing civil servants to nothing more than slaves, who must survive on mere handouts.

How else can anyone explain the sick proposal by the government to sit down with its workers, to discuss offering them free transport in the form of ZUPCO (Zimbabwe United Passenger Company) buses to and fro work, free food, and accommodation in residential flats in close proximity to their places of employment?

As much as this may sound generous to an uncaring and arrogant government, this is, nonetheless, extremely insulting to the generality of civil servants, largely comprising of doctors, teachers and nurses, whose invaluable contribution and sacrifice to this country’s welfare and wellbeing is unparalleled – even far surpassing that of those in power, whose only contribution is siphoning the nation’s vast resources for their own individual aggrandisement.

There is nothing more demeaning to a grown-up human being than being treated as a child – since only children expect to be spoon-fed by being given free transport, food and boarding, as well as a bit of pocket money by their parents – something that the administration in this country is clearly trying to do to our esteemed civil servants.

How else can anyone describe the provision of free ZUPCO transportation to and fro work, free food, and accommodation, plus an equivalent of US$80 per month for doctors? Does that not remind you of those high school or university days!

Any dignified man or woman, especially of the stature of a doctor, teacher or nurse, deserves to receive his or her worthy salary that should enable him or her to freely choose and afford whatever they desire in their lives – including their mode of transportation, the food they eat, and where they want to stay.

They deserve to be able to have sufficient monies in their pockets to comfortably determine what they would want to use it for, such as paying for their own electricity, fuel, clothing, food, vacations, entertainment, children’s school fees and pocket money, and anything else to their hearts’ content.

Yesterday, at a post-budget breakfast meeting, the minister of finance Mthuli Ncube openly and unapologetically revealed government’s brazen contemptuous and cold-hearted nature – as has become customary of those in this so-called ‘Second Republic’ – by claiming that the paltry ZW$6.5 billion (approx. US$406 million) allocated to the health ministry was too much, such that they would not even be able to finish it all!

By extension, I am quite sure that the administration is of the same opinion and convinced that the ZW$8.5 billion (approx. US$531million) allocated to the ministry of education is more than enough for a teachers’ paradise on earth!

Let me just remind the Cde. Minister that in his 2019 budget, he allocated the ministry of health US$694 million – making this US$288 million more than the 2020 fiscal year – yet, the government dismally failed to provide adequate medication, living wages to doctors and nurses, and other critical provisions in public health facilities, whilst moaning over the unavailability of funds.

Thus, if they could not provide decent salaries and acceptable services in 2019 with a budget allocation US$288 million more than that of 2020, what is there for the minister to beat his chest about – as we are to expect an even worse environment in our health institutions?

The same fate tragically awaits the education ministry and our teachers.

Additionally, both the 2019 and 2020 budgetary allocations to the ministries of health and education were far less than the agreed-upon 15% (Abuja Framework) and 20% (Dakar Framework) of total expenditure – so, what makes those on power gloat, when they are clearly falling far short of their obligations and commitments?

Does this callous attitude betray another vile and sinister characteristic of this administration – that of deliberately emasculating and impoverishing its own citizenry in order to attract foreign direct investment (FDI) – as deputy information minister Energy Mutodi once alluded to?

Quite frankly, it defeats all logic for a government that utterly failed to comprehensibly and satisfactorily cater for its health and education departments in the 2019 fiscal year – citing unavailability of funds – to then actually reduce the budgetary allocation for the succeeding year. Yet, in the same breath, bragging that this severely compromised allocation was too much to even finish!

As much as no one in Zimbabwe is any longer shocked by such self-conceited and opinionated statements and attitude by this administration, the citizenry should, nonetheless, be thoroughly infuriated, and firmly stand their ground against this malevolence.

The starting point would be for those in authority to cease forthwith their grotesque belief that they know what is best for the suffering people of this country, and that they can egotistically claim to have placed more than adequate and sufficient policies and funds to ‘cushion’ the over-burdened citizenry – when obviously they have not.

These so-called ‘chefs’ – who are living plushy and lavish lifestyle, at the expense and backs of those whom they are burdening and exploiting – have absolutely no right at all to be so brazenly adamant that what they are doing is pleasing to the impoverished populace – yet, the people themselves will be telling them otherwise.

To add insult to injury, these parasitical free-loading top officials are planning to purchase luxurious cars for themselves at a cost of US$16 million, a figure that could easily pay 1000 doctors a monthly US$1,300 salary for a year.

It is about time that the people stood up loudly and unequivocally clear, and demanded their right to a dignified livelihood, that only themselves can define. Civil servants and Zimbabweans, in general, can not live on ZUPCOs alone! A decent life for the citizenry of this country is not characterised by cheap or free transport, but a dignified livelihood, that enables us to walk and work with confidence, and our heads held high.