JOHANNESBURG (Reuters) - South African retailer Pepkor Holdings said on Monday it will exit Zimbabwe after an economic crisis in the country hurt its performance. 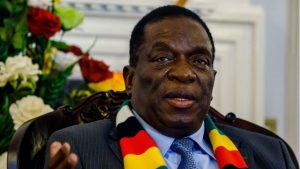 Severe shortages of foreign currency, fuel and electricity have sent inflation soaring to its highest since 2008, and dashed hopes the economy might recover under President Emmerson Mnangagwa, who took over from Robert Mugabe in 2017.

“The decision to exit Zimbabwe was based on the continued adverse macroeconomic conditions affecting trading and the weakening currency,” Pepkor’s statement said.

Its Zimbabwe business made a loss of 70 million rand ($4.8 million), including the full impairment of the disposal of the group’s assets, it added.

Overall, Pepkor, 71% owned by scandal-hit retailer Steinhoff International, said its profits grew by 14.5% in the year to Sept. 30.

Pepkor flagged earlier in November that it would need to take a 1.2 billion rand charge related to its building materials unit that has struggled in a tough market.

Leon Lorens, Pepkor’s CEO, said the company was satisfied with its performance given the difficult retail environment in South Africa.

Consumer finances have been constrained amid stagnant growth, rising living costs and unemployment that stands at nearly 30%.