The Ministry of Information just tweeted that consultations are under way to find a common accounting position with the Chinese government which claims to have given Zimbabwe $136.8 million in bilateral support when, according to Mthuli Ncube, the Zimbabwean government only received $3 million. 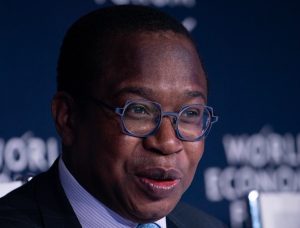 One of our country’s biggest tragedies is the sheer number of people of all generations, from every tribe, from the diaspora and based within Zimbabwe, who once pretended to be champions of change who are now unashamedly fighting to ingratiate themselves with “the new dispensation” and to be co-opted into this murderous system.

Some now claim their obvious desertion of the cause and praise for ED’s government and participating in anti-sanctions demonstrations to be some genius strategy and patriotic impulse to hold Zanu(PF) accountable from within.

Anyone who honestly interrogates how vicious dictatorships are able to sustain themselves knows that the most dangerous people are those who were once on the other side who are anxious to prove their loyalty to their new masters.

While even their own relatives face certain death from minor ailments because of Zanu(PF)s complete destruction of our healthcare system, they praise Mnangagwa’s trips to Dubai to clinch dubious deals as a sign of great leadership and overwhelming global interest in investing in Zimbabwe.

They argue that the steep rise in infant mortality, in the deaths of young mothers at childbirth, the outbreaks of disease from drinking water contaminated with raw sewage and eating meat preserved with suspicious chemicals, the unending power cuts, the astronomical prizes of basic commodities, the company closures, the inability of retirees to access their pensions etc etc that all this is the unavoidable pain of “austerity for prosperity” measures that will restore the fortunes of our country.

Someone asked me recently for my opinion on what is going on in Zimbabwe. I responded that we are getting the clarity we need not just about leaders, but about us as citizens and the fatal consequences of our academic, political, cultural, religious and civic miseducation, albeit at great cost.

Those who didn’t know it understands now that technocrats can be the most vicious weapons of repressive governments.

We understand that governments led by old despots are masters at manipulating the young and the poor to be complicit in their own oppression.

We know that the ultra-violent Mashurugwis are not old men and women, and that
the majority of the members of the country’s security and intelligence services who pay nocturnal visits to citizens and carry out abductions to make sure they never again exercise their constitutional right to protest were born after the country’s independence.

We know that many of the trolls on social media doing the regime’s dirty work and advancing its propaganda are men and women under the age of forty.

We know that members of minority groups that have been brutalized by government often become the strongest apologists for authoritarian rule once they are appointed to cabinet.

We know that Karangas, Zezurus, Ndebeles, Manyikas, Kalangas, Whites, Blacks, those who profess to be Christians and adherents of traditional customs and religions, our friends and family members are all capable of incredible acts of political violence and deception, and that nothing will change in our country until we all stop lying to ourselves that the sociological, tribal, racial and generational category we belong to is not responsible for the condition of our country today.

Two things happened this week that must be noted: the Chinese essentially and publicly called the Zimbabwean government liars. The Chinese Ambassador might not have delivered this statement on Trevor Ncube’s program, but there is really no difference between the Chinese Embassy’s statement and US Ambassador Brian Nichols correcting the sanctions lies of the Zimbabwe government in an interview with Trevor.

The second significant development this week was the brave statement by South African Minister of International Relations and Corporation Naledi Pandor which also essentially rebuked the Zimbabwean government for misrepresenting the problems in the country.

The brutal truth is that we are being led by a corrupt, violent, multi-generational criminal enterprise from all tribes whose tentacles spread to the diaspora, churches, Chiefdoms, business community etc.

If the exchange with the Chinese tells us anything however, it is that the this government will ultimately do itself in. To admit that it received $136.8 million from the Chinese would require them to credibly account for where the money went, which they can’t. To reject the Chinese numbers would be to call the Chinese liars, something they can only do at their own peril.