Mugabe's gone – if you are in business so what? 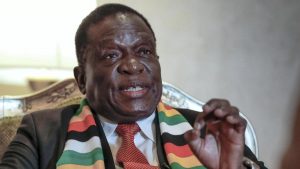 It is two years this week since President Robert Gabriel Mugabe stepped down as leader of Zimbabwe. Surely the only question was why it took so long for him the retreat from the ashes of a political career, once so full of promise that left him as arguably one of the most loathed leaders in Africa.

On November 21, the day of reckoning, tens of thousands were out on the streets calling for Mugabe to go; in Parliament, many politicians who had spent their careers on bended knee before the man himself, punched the air in celebration. Business too had high hopes; the new man President Emmerson Mnangagwa was more business minded and pragmatic people said – wasn’t he? Even though he had been in cabinet, overseeing the steady fall of Zimbabwe, for the best part of 40 years. Old wine in new bottles, said the cynics.

It didn’t start well. I recall reading Zimbabwe’s first post Mugabe investment prospectus that the new President Mnangagwa was going to present to us at the World Economic Forum in Davos in 2018. It was a thrown together document talking about how the government was going to compensate farmers who lost their land – the loss that triggered the country’s rapid decline – with scarce hard currency. It all seemed a little far -fetched at a crucial time for the economy when investors were looking for certainty and bold strokes to usher in revival.

Two years on, most of the Zimbabwe business people I speak to as the Head of Programming of CNBC Africa appear more pessimistic than they have been since the dark days of the early 2000s when hyperinflation signalled the end for the Zimbabwe dollar and any vestige of credibility for the economy. Inflation is about 300 % and on its way to Weimar Republic proportions, for the second time in two decades. Even the well-heeled business types I know in Harare have to struggle  through power cuts, shortages and a dearth of hard currency.

The finance minister economist Mthuli Ncube, bless him, has been one appointment that stood out, in the Mnangagwa years, like a beacon. He is a technocrat, with international experience, unsullied by the thuggish politics of the last desperate years of Mugabe. He was also not a party man and clearly is more at home looking over the books than standing with fist clenched at political rallies.

Yet, how much power he is going to be allowed remains to be seen. He is a man who needs to make painful cuts to help revive the economy, yet, when he did so in the last budget, in the form of reducing MP allowances, he was soon sent back to the drawing board.

Ncube has told CNBC Africa a number of times that he is prepared to reintroduce the Zimbabwe dollar as if it were as easy as flicking a switch. But the reintroduction of the small denomination notes in Harare this week, supposedly to ease the cash crisis, smacks of tinkering. It is unlikely that the flimsy notes will make much except for a few headlines. Many Zimbabweans have told me they won’t trust the new notes and a black market has already sprung up. One wonders whether it was an economic or a political decision.

All in all, a week may be a long time in politics, but the last two years have been another grinding time of torpor for the Zimbabwe economy. Investors appear to be fighting shy, the infrastructure is crumbling and more and more skilled Zimbabweans are leaving the country in despair.

No more politics, give us business, most in Harare say to me. That was what the end of the Mugabe era was supposed to mean.