Nations have dismissed claims Beijing has pulled the plug on US$1.3 billion of funding for infrastructure projects, but the lack of return on previous investments are putting a strain on relations, observers say. 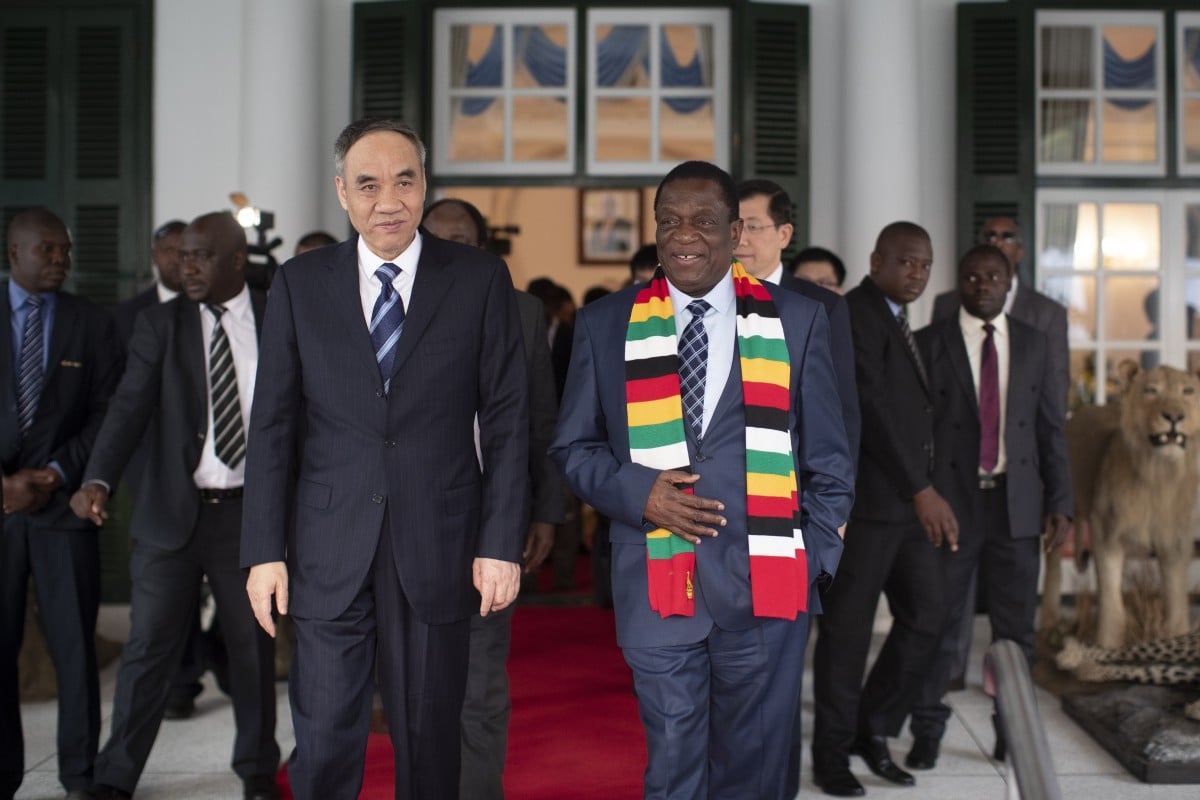 Among those who trained was current
President Emmerson Mnangagwa

, who took over from Mugabe following a coup two years ago. While Zimbabwe has lost favour with the West over its land policy, corruption and human rights abuses, China has continued to provide financial and diplomatic support.

Despite Mugabe’s death in September, Beijing has shown no signs of walking away from the relationship any time soon despite its displeasure over Mnangagwa’s failure to improve governance.

In June, China’s new ambassador to Zimbabwe, Guo Shaochun, toured the new parliament building in Harare – financed through a US$140 million grant by Beijing – together with Mnangagwa expressing satisfaction of the progress of the project. Construction of the imposing six-storey building is expected to be completed in 2021.

Meanwhile, both China and Zimbabwe have denied media reports that Chinese financiers had suspended US$1.3 billion in lending to three key projects after the Mnangagwa government diverted US$10 million from an escrow account for the Robert Gabriel Mugabe International Airport expansion project as the country was hit by an acute shortage of foreign currency.

Zhao Baogang, China’s deputy ambassador to Zimbabwe, wrote on Twitter that “China supports efforts by the Zimbabwe government and the [three] projects are now being implemented in line with the plan”.

When asked if the US$10 million taken from the airport expansion project account had been returned, Zhao said it had not.

George Guvamatanga, secretary of Zimbabwe’s Ministry of Finance and Economic Development, said the Zimbabwean government met a delegation from China Eximbank in October to review current and future projects.

“All current projects are continuing,” he said. When pressed on the more than US$10 million that is alleged to have been withdrawn from an escrow account, Guvamatanga said all the escrow funds were still in the account of an independent bank.

“You can visit the RGM [Robert Gabriel Mugabe] Airport and Hwange Power Station and you will see that those projects are continuing,” he said on Twitter account, adding that the escrow accounts were not held at the Reserve Bank of Zimbabwe or a government-owned bank. 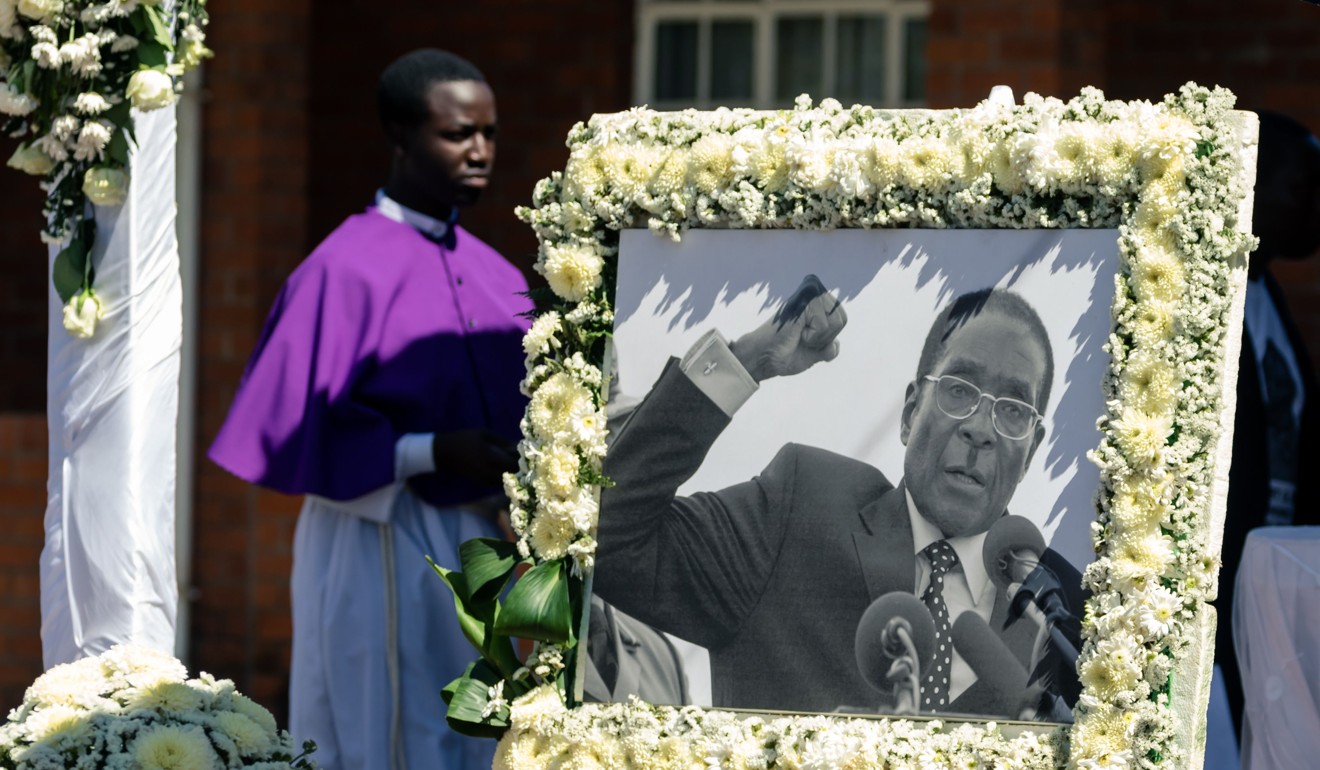 Beijing once provided arms and training to the guerillas of the Zimbabwe African National Liberation Army, the military wing of Robert Mugabe’s party. Photo: AFP
Share:

China is also backing Zimbabwe’s call for the US and European Union to remove their sanctions on the country, which is battling high inflation and an acute shortage of foreign currency.

Obert Hodzi, a Zimbabwean researcher and international relations scholar at the University of Liverpool in England, said because of the economic crisis in Zimbabwe, Chinese investments had not performed as well as expected.

Professor Martin Rupiya, head of innovation and training at the African Centre for the Constructive Resolution of Disputes in Durban, South Africa, said there was no dilemma in the relationship between Beijing and Harare, and that China’s position as a permanent member of the United Nations Security Council had been a plus for developing nations.

The former army general said China had advanced Zimbabwe various loans and support to help offset the impact of the EU and US sanctions.

The mistake the Zimbabwean leadership had made was to “assume the loans are an extension or expression of China’s foreign policy and therefore neglecting to pay up on what Beijing sees as a commercial investment”, Rupiya said.

Beijing extended US$2.2 billion worth of loans to Zimbabwe between 2000 and 2017, according to the China Africa Research Initiative at the Johns Hopkins School of Advanced International Studies, but Harare has been in default since the country fell into recession.

Hodzi said China saw the foreign sanctions as interference in the internal affairs of another state and so by supporting Zimbabwe was sending a message that it would not tolerate such meddling in places like Hong Kong, Xinjiang and Tibet.

Dr Chipo Dendere, assistant professor of political science in Africana studies at Wellesley College in Massachusetts, said that Sino-Zimbabwe relations were historical, “so that plays a big role in how the two countries engage”.

The Zimbabwe-born scholar said the shared ideology and historical ties made it difficult for either country to just walk away. But “China is not blind to the core of Zimbabwe’s problems which are corruption”, she said.

“China’s dilemma on one hand is the friendship and the desire to get access to resources [in Zimbabwe] and on the other is the reality that Zimbabwe’s elite are deeply corrupt. Corruption goes against everything that China believes in,” she said.

Dendere said it was possible China would reduce its investments in Zimbabwe in the future but not end the relationship entirely.