Every community and society's norms and standards are usually set by those in authority. That is why, even at family level, the parents' behaviour and teachings play a primary role in determining the direction and decisions the children take in their day to day lives. 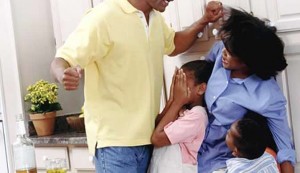 Furthermore, according to proven scientific studies, we all learn from what we see those in authority doing, rather than what they tell us.

The exact same basic principles apply to a nation.

The values of a country’s citizenry are predominantly shaped by the standards set by those in power. This fact can never be denied. As much as we may argue that, as individuals, we should be able to distinguish between right and wrong, it is, nonetheless, an undeniable fact that the government’s actions – as leaders of the nation – play a very influential role in how society is shaped.

As Zimbabwe joins the rest of the world in commemorating 16 Days of Activism against Gender-based Violence (between 25 November and 10 December), we can never dissociate the increase in cases of domestic and gender-based violence to our own government’s growing propensity for brutal repression against the citizenry.

What are the people of Zimbabwe learning from these brazen acts of heinous repression – notably, last week’s unwarranted bashing of mostly bystanders outside the opposition Movement for Democratic Change (MDC) party headquarters, and the upsurge of reported cases of arrests and intimidation of labour rights activists, as well as never forgetting the heartless cold-blooded gunning down of scores of anti-government rioters on 1 August 2018 and January 2019 – characterized by numerous allegations of sexual abuses of innocent women shortly after the latter – and, the alleged abductions of both opposition and labour activists (with human rights organizations reporting over 50 cases).

The fact that all these savage acts were committed within a space of only one year, is enough to send shivers up anyone’s spine – no matter how hard-hearted they may be. In fact, they would most probably make Nazi leader Adolf Hitler appear like a mere amateur!

When a country has authorities – who are undeniably influential opinion leaders – who would not hesitate to mete out violence whenever confronted with dissent, what example is that supposed to convey to the community?

What are the ordinary people – especially, the more impressionable younger generations – meant to learn from the government on how to handle those who may not agree with them or those who may have wronged them?

What has the government taught the nation on how to react to those who may disobey instructions?

What our nation’s ‘leaders’ are effectively teaching us – by way of their barbaric medieval atrocious tactics – is that when your spouse criticises you for your irresponsible and wayward ways, the best way to deal with the situation is to beat the daylights out of them!

Similarly, if our children do something we do not approve of, then as parents, we have the right to deliver untold suffering and pain upon them!

Is it then any wonder that there has also been a reported upward surge of violence, especially murders, within our communities – characterized by spouses or partners killing their supposed ‘loved ones’, wild machete-wielding hooligans who are butchering innocent people, children killing their parents over alleged ‘bewitching’ claims, or fathers and mothers fatally assaulting their disobedient offspring, and so many more?

Of course, it would be gravely irresponsible and disingenuous to place the blame for all the incidences of violence – especially domestic and gender-based – squarely  on government’s activities, but as previously mentioned, no one can seriously deny the immense role and influence played by our ‘leaders’ in directing the moral, social, and cultural fibre of this nation.

As a matter of fact, Zimbabwean schools teach our children – from a very young age – that the country’s authorities are examples of ‘good’ leadership to be emulated! We even have child councillors, child Members of Parliament, and child president – all of whom are inculcated to regard their seniors in our government as role-models.

Considering what our children witness on a daily basis – through unparalleled human rights abuses – what are they bound to emulate?

What are our ‘leaders’ showing our children, when most news items emanating from the country are images of the police beating up unarmed people who are not even posing a serious threat (but, in fact running away) – with elderly women having their legs broken, or skulls crashed?

Why do we then get surprised when today’s youth have absolutely no respect for their elders? We then rush to blame so-called Western culture, yet these problems emanate right here in this country.

When rape is used as a form of punishment on those who are considered voices of dissent – as widely reported earlier this year immediately after the January fuel increase riots – what signal is being sent to the nation? Why would we then be shocked with the ever-rising cases of sadistic incidents of sexual abuse?

More violence, more domestic violence, and more gender-based violence are what we can expect as a nation – as long is these bestial activities by those in authority are not stopped!

Surely, is that the direction that this government wants to take our country? Are these the principles those in authority want our children to follow and grown up with?

Mantras and slogans do not amount to anything if those in power do not set the right example of where we want to go as a country. It is pointless making all sorts of noises, even standing on hilltops, clamouring for an immediate end to violence – especially, domestic and gender-based – when the most influential people in the nation are busy signalling the very opposite.

It is high time that all of us who claim to stand for social justice and human rights – especially, gender rights activists – not shy away from tackling all root causes of this scourge bedevilling our society. Central to this should be fearlessly holding our ‘leaders’  accountable for their role in festering this menace.

As long as we are selective in our approach to this issue – whilst treating others as sacred cows who should not be touched – then we are all on a wild goose chase, and wasting our time in these efforts to tackle domestic and gender-based violence. The only sacred cows in this equation are the victims and survivors – who deserve all our support and protection – otherwise, all perpetrators and instigators have to be held accountable. Then, and only then, can we ever dream of eradicating this vice?