In Britain, a merry-go-round suggests an abandonment to joy, cheerfulness and hope – the very spirit of the post-Christmas New Year season. But a merry-go-round can also mean something else: being repeatedly led down an unproductive path with no escape. 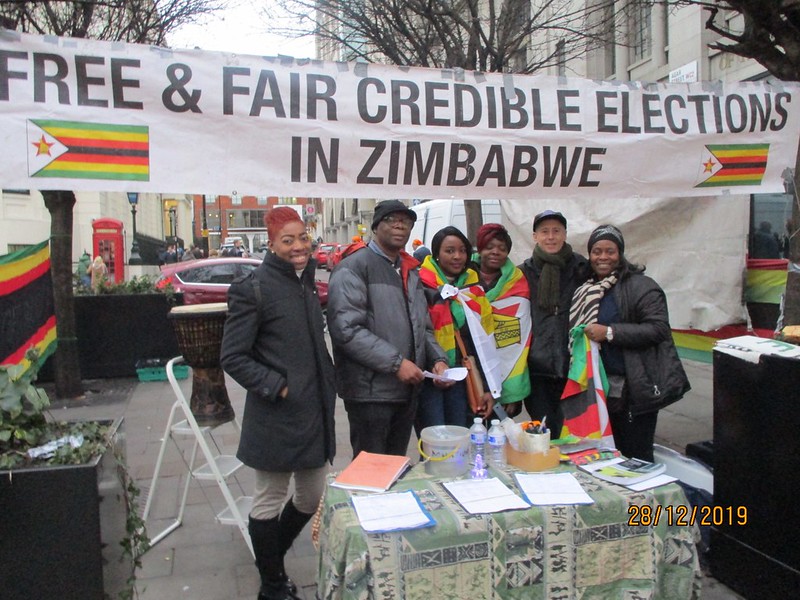 It’s the second version that Zimbabweans here in the UK believe is stopping us from coming home – as we would all love to do, especially at this time of year. To be with our families and friends in our own country and its sounds and smells and warmth . . . that’s joy!

But despite Mnangagwa’s vacuous promise that ‘the worst is over’, Zimbabweans know that nothing the President says can be believed and that, as we approach a new decade, the future is still bleak, with little to hope for under a mafia regime drowning in deceit, incompetence and corruption.

As the New York Times puts it: ‘Government disfunction, and economic meltdown, drought and a calamitous flood has plunged Zimbabwe into a hunger crisis’. The article spells out the desperate situation: “The money here is valueless now,” said Mr. Dunha, who has eight children. All they can afford to eat, he said, are vegetables and sadza. Gerald Bourke, a spokesman for the southern Africa operations of the World Food Program, the anti-hunger agency of the United Nations, said that until recently 60 percent of its assistance to Zimbabweans was in the form of cash, but that the recipients no longer wanted the money. “Inflation is a rampant problem and people said, We’d prefer the food,’” Mr. Bourke said. (See: https://www.nytimes.com/2019/12/25/world/africa/zimbabwe-hunger-famine.html.)

On the political front, hopes of talks between the government and the opposition faded when Mnangagwa insisted that he would not engage with MDC president Chamisa outside the Political Actors’ Dialogue (POLAD) that he set up with the fringe political parties who took part in the 2018 elections.

Chamisa has said he would never join this grouping and criticised Mnangagwa’s last meeting with POLAD which took place at his Kwekwe farm, where he was filmed, still wearing his silly scarf in the middle of summer, feeding his fish. ‘We must feed the people, not the fish,’ Chamisa said.

MDC faction leader Thokazani Khupe who attended the meeting was accused of supporting the President. Meanwhile a new MDC faction called the MDC Zimbabwe has registered with the Electoral Commission. Its only known member Thulani Ndebele denied he was being used by Zanu PF though most totalitarian states like Zimbabwe are known to create fictitious opposition parties to delude the outside world.

As we end the decade we can report that, after much research the Vigil has failed to find another country with two vice presidents both of whose wives are in jail, one for trying to kill her husband and the other for complaining her husband tried to kill her. It seems a shame that they are not sharing a cell. Domestic bliss in Zanu PF!