Diaspora enterprise, ZimThrive has announced key calendar events that will take place throughout the month of April 2020 in Zimbabwe. 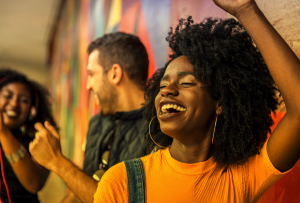 The month-long initiative, running under the theme Homecoming, will hold events in Harare, Bulawayo, Victoria Falls, Chimanimani, Nyanga and Kariba, among other destinations, from 1-30 April.

The move is part of strategic efforts for the diaspora to collaborate with Zimbabwean artists, entertainers, businesses and community organisations, as well as to attract more tourists to the country for a month of family-friendly, music, sports, arts, business, fashion and cultural events.

Started in 2017 by USA based Mildred Mujanganja and Mike Tashaya, who resides in the United Kingdom, the platform has been established to bring Zimbabweans who live in various countries around the world together, and encourage them to gather in the southern African country at the same time, with the aim of reinforcing unity, building new and old friendships, and creating a stronger and self-sufficient nation.

Mildred said: “We are less than six months away and the team has been working closely with our partners and key stakeholders to populate an exciting and inclusive calendar of events that allows families and friends to come together and create long lasting memories.”

She added: “Many of us left Zimbabwe many years ago and in some cases, have not been back for years. At a time when Zimbabwe is going through a critical transition, we need to unite and work together to put our country back on the map, and this is just the start of engaging a global presence to be part of something bigger than them.”

The Zimbabwe Achievers Awards (ZAA) announced their homecoming campaign at an event held at the Zimbabwean Embassy in London. The organisation, which is present in five countries, will celebrate its 10th anniversary next year. The awards ceremony will take place at the picturesque Elephant Hills resort in Victoria Falls on 10 April 2020.

Other events scheduled to take place in April include, the Vic Falls Carnival, which is coming on board with a dynamic festival over the Easter weekend. The International CEO Eatout, Zimbabwe Unplugged Festival, EnjoyMoreGolf festival, KitesForPeace family fun day, Harare Restaurant Week, Chimanimani Festival and Zimbabwe International Trade Fair (ZITF), are just some of the events taking place.

There will also be a variety of workshops, business, dance and fashion masterclasses run by some of the world’s leading experts and professionals.

All schools, colleges and universities encouraged to participate

The ZimThrive organisers have also launched a school reunion initiative and are calling all education institutions in Zimbabwe to come on board and host reunions at their respective schools.

The campaign is a wider public initiative to encourage both local and international alumni to work closely with their former schools, and to help boost engagement across the board. This includes creating international programmes that afford students the opportunity to travel abroad on placements and learn from alumni through workshops, seminars, and other integrated schemes.

Mike said: “This is a chance for all schools and former students, to work in partnership to create ongoing dialogue that will benefit current and future pupils, apprentices and graduates.

He added: “It is also an  opportunity to create universal ventures that open intercontinental dialogue, so that a wide range of students in Zimbabwe are afforded the opportunity to study overseas, or go on exchange programmes that could open doors for them in the future.”

The Zimbabwean Foreign Office has recognised the initiative and will be running a campaign concurrently over the next four months as it enters the final phase.

Earlier in the year, the  Zimbabwe Tourism Authority, along with the Ministry of Tourism and Hospitality, endorsed the project and embarked on a series of roadshows in the UK in line with their campaign, to engage the diaspora and encourage diasporans to invest in the country. They commended the apolitical organisation for creating a platform that encourages further engagement and that promotes Zimbabwe as a tourist destination

Sponsorship opportunities are available and details of the packages can be found on the ZimThrive website. Travel packages, which will include discounted flight deals and accommodation packages, will be released in the coming weeks. Members of the public who are interested in the initiative and would like to get involved, host an event, or keep up to date with the organisations activity can register their interest at www.zimthrive.com or email [email protected]

For all calendar events visit https://zimthrive.com/events-calendar /