Residents of Kuwadzana under the banner of GAHAMA, a Community Based Organization that seeks to protect wetlands in the area have engaged the Harare City Council over continued destruction of wetlands in their area. 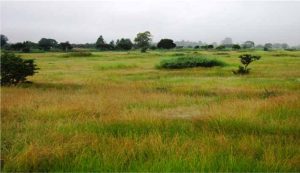 The residents are concerned that continued destruction of wetlands will worsen the water situation in Harare hence the need to protect the water sources.

Wetlands are the main source of water for Harare after runoff.

The residents said that the dire water situation in Harare requires concerted efforts to preserve the water sources from further destruction.

In a letter addressed to the City’s Town Clerk, Engineer Hosiah Chisango, the residents said that ‘Kuwadzana and other areas are going for prolonged periods without water as a result of developments on wetlands which are our water sources’.

The residents pointed out to the Town Clerk that council paddocks in Kuwadzana, which are deep wetland areas were under threat from land barons who are selling residential stands to desperate home seekers.

The residents also called for action to save wetland areas in Tynwald which are also under threat due to construction projects.

The residents are keen to challenge the construction projects in the wetland areas.

“With the above mentioned areas where development has taken place on wetlands in Kuwadzana, we seek that you provide us with the local plan for Kuwadzana as well a information on the development permits, leases and the site plan to prove that the mentioned developments were legally authorized to take place,” read the letter from GAHAMA.

The letter was also copied to the Harare City Council’s Environmental Management Committee Chairperson, Councilor Kudzai Kadzombe as well as the District Officer for Kuwadzana.

Chairperson of GAHAMA, Sylvia Kanatsa said they have since met with the District Officer for Kuwadzana who said that any developments on wetlands as well as the council paddocks was illegal.

The GAHAMA members are now pushing for an all stakeholders meeting with a view of bringing to a halt all construction projects that are taking place on wetlands.

Wetlands are under threat due to construction projects and urban agriculture in Harare.

The continued plunder of the water sources has led to Harare’s water table drastically falling down.

In November (2019), the Harare Wetlands Trust engaged the Minister of Environment, Nqobizitha Ndlovu who said that in light of the water situation in Harare, it was no longer sustainable to continue building on wetlands.

He said there is need to engage critical stakeholders to come up with a strategy to protect wetlands.

Enforcement, as well as reform of legislation on wetlands, is also critical, said Minister Ndlovu.

The Harare Wetlands Trust also participated in a tour of wetland areas with the Minister of State for Harare Province in November 2019,