It’s difficult to imagine former South African president Thabo Mbeki as Father Christmas. But we can only hope that he brought good news when he made his timely visit for separate talks with Mnangagwa and Chamisa and others. 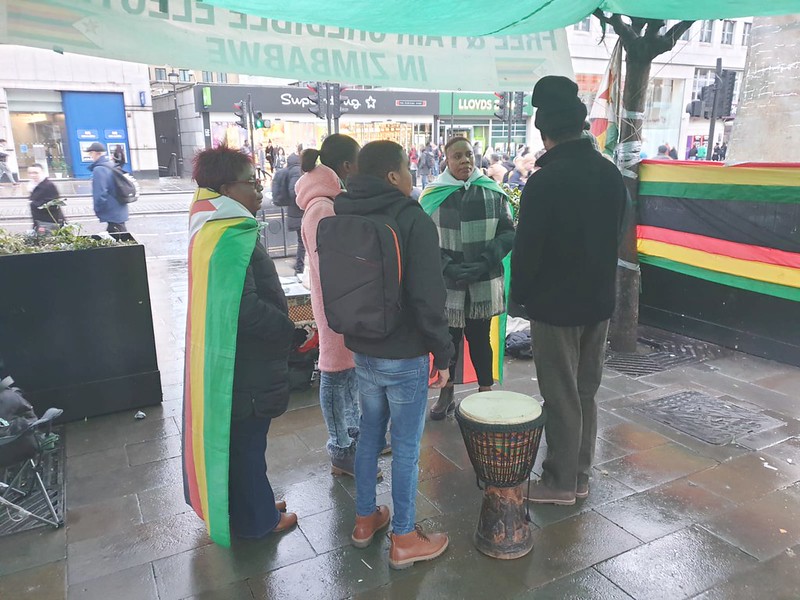 The Vigil was critical of the deal Mbeki brokered between Mugabe and Tsvangirai in 2008 but we were just as critical of the MDC for accepting it.  Nevertheless, the subsequent government of national unity turned around the economy and brought rapid growth until Zanu PF greed could no longer be contained and it rigged the 2013 elections so it could steal the new riches.

Chamisa was a member of that flawed coalition and will no doubt have learnt lessons. Certainly, no similar arrangement should be accepted which would leave Zanu PF in control when they are the ones who have brought the country to the brink of catastrophe.

Mbeki too has ‘skin in the game’. He left office discredited. But the abysmal Zuma circus has since then changed the focus. So Mbeki could yet rehabilitate himself with a Christmas present for Zimbabwe.

Mbeki says he will be returning to Zimbabwe soon for more talks before end of the year. We wish him well. The main obstacle is Mnangagwa who insists he will only meet Chamisa within the framework of the Political Actors’ Dialogue. For his part, Chamisa said: ‘Dialogue must deliver true change and real reforms. When we shake hands, let us be agreeing to truly walk in the same direction, a new direction.’ (See: https://www.newsday.co.zw/2019/12/give-dialogue-a-chance-sadc/.)

The Vigil believes a new coalition of some sort is needed to move Zimbabwe forward – but a coalition that is not one-sided like the last one. This would be a real Christmas present for Zimbabwe.

Whether it will prevail over the apparent Christmas present delivered the other day to military headquarters in Harare we don’t know. This was a US$3.4 million Bugati Chiron, one of the world’s most expensive and fastest cars. Just right for Zim roads (see: https://www.zimlive.com/2019/12/20/worlds-fastest-car-us3-3-million-bugatti-chiron-lands-in-zimbabwe/).