The Vigil wonders why the Reserve Bank did not ask Zanu PF to take ‘a haircut’ rather than squander five million dollars on its extravagant ‘National People’s Conference’ at Goromonzi. 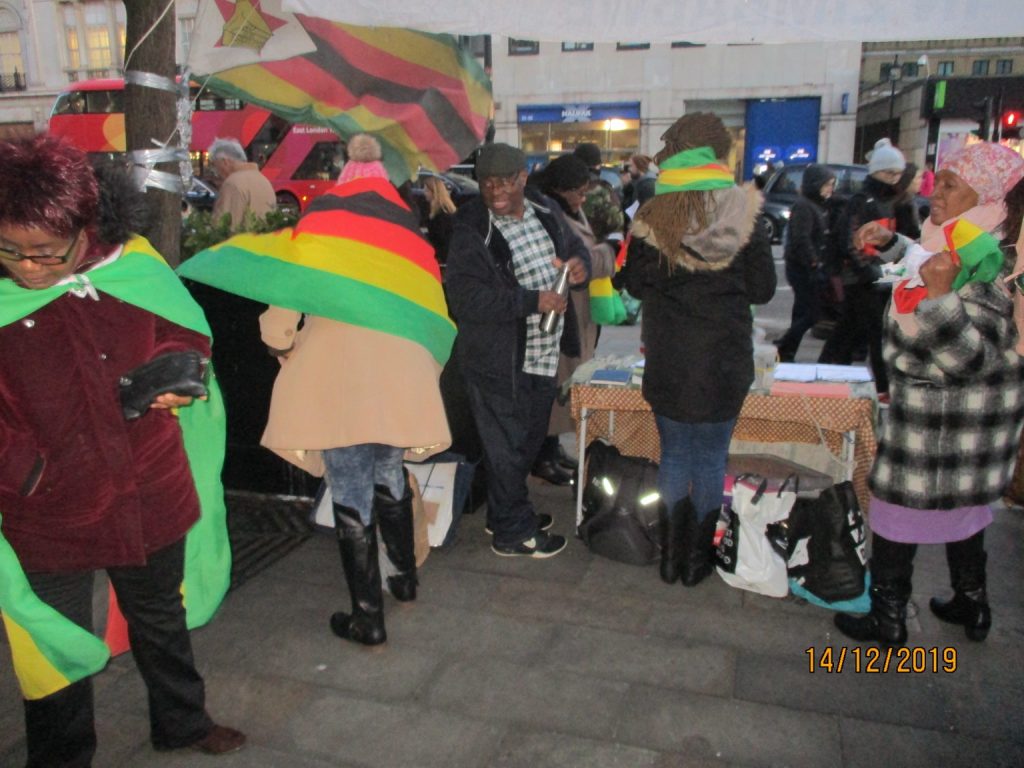 A feast of hundreds of cattle and goats, thousands of chicken and 8 tonnes of maize was provided  for the 7,000 delegates while the people starve.

We say ‘a haircut’ because the Reserve Bank’s monetary policy committee apparently wants to reject the majority of government debts. The idea is that, for instance, Zimbabwe may pay only 5% of the US$60 million which it owes South African Airways, which is now itself facing financial challenges (see: https://www.bloomberg.com/news/articles/2019-12-09/south-african-airways-may-only-get-5-of-money-owed-by-zimbabwe).

The Vigil doubts that this will smooth the borrowing path for the planned new version of Zimbabwe Airways, let alone encourage South Africa’s ESKOM to resume its charitable power supplies to Zimbabwe.

But the focus was at Goromonzi High School, where locals watched in awe as Zanu PF bigwigs turned up in their expensive sports utility vehicles. One said ‘if the conference was open to us we would attend and also have a taste of the nice food that we have not eaten for so long. We would at least forget our hunger for those two days.’ (See: https://www.theindependent.co.zw/2019/12/13/zanu-pf-banquet-in-deep-sea-of-poverty/).

A Newsday editorial observed of Zanu PF: ‘They are just functioning according to their default mode — as they have always done even under the late former President Robert Mugabe — to feast and make merry while the rest of the population wallows in abject poverty. (see: https://www.newsday.co.zw/2019/12/editorial-zanu-pfs-opulence-amid-famine-should-not-be-surprising/).

A close observer of Zimbabwe, Professor of World Politics at the University of London, Stephen Chan, said ‘in almost all countries in the world, during times of austerity, all political parties would hold their conferences with a reduction in expensive provision. They would do that to show solidarity with a nation going through hard times.’ (See: https://www.theindependent.co.zw/2019/12/13/zanu-pf-indaba-a-jamboree-in-the-midst-of-biting-hunger/).