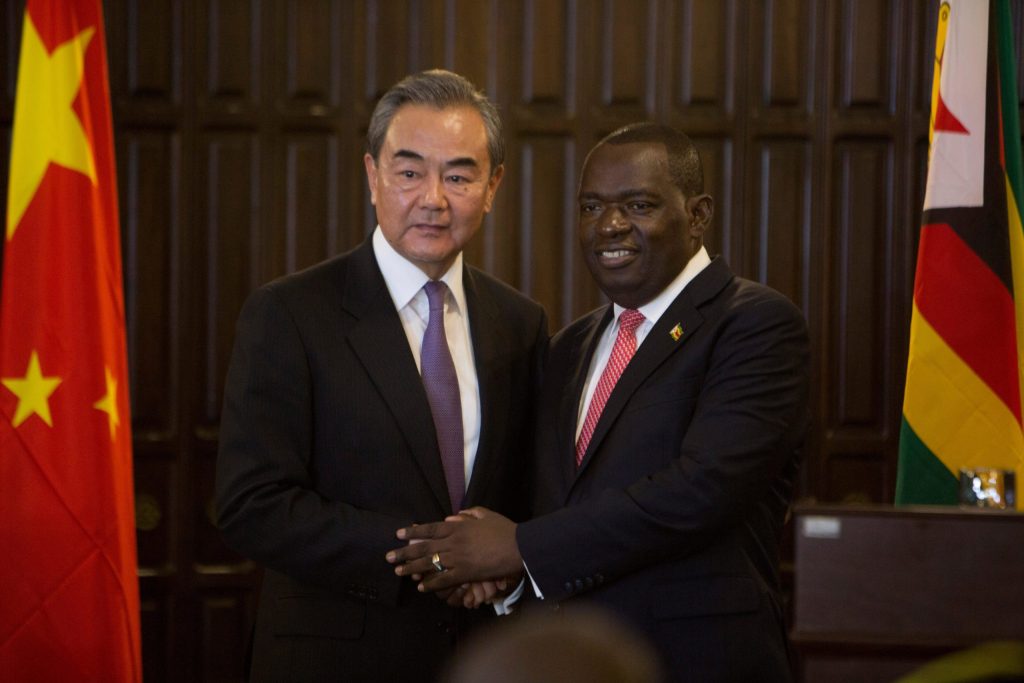 Even small changes in China have global effects.

Zimbabwe and China this week signed a currency swap deal aimed at strengthening trade between the two nations.

The local currency is the legal tender for all domestic transactions except for a few business operators particularly those in the tourism sector who can trade in US dollar.

Nonetheless, the monetary policies are not attractive to investors specifically when they want to remit their profits back to China as Zimbabwe is facing foreign currency shortages.

This currency swap deal, which follows a visit by Chinese foreign minister Wang Yi, will make it easier for Chinese businesses in Zimbabwe to move their funds out of the country. Yi was on an official visit to Zimbabwe and other four African nations including Egypt, Djibouti, Eritrea and Burundi.

“The idea is those individuals (Chinese investors) will then swap (currency) so that those who are investing in Zimbabwe are able to give them a domestic currency-which they are bringing in for investment-to pay those who are exiting,” said finance minister Mthuli Ncube in an interview with journalists in Harare at the end of Yi’s visit.

The southern African nation, which is experiencing its worst economic crises in decades-with shortages of fuel and other basic commodities, is putting hopes on China to help turn around its struggling economy after efforts failed to have US and EU economic sanctions removed last year.

Zimbabwe has joined other nations in Africa including South Africa, Nigeria and Ghana that also have currency swap arrangements with China.

But economists in Zimbabwe believe the move will benefit the Chinese while starving the country of much needed foreign currency. This currency swap deal will simplify an exchange control procedure yet it will help the Chinese traders move their business proceeds out of the country but Zimbabweans who might have had access to that money before will not have any more.

The potential foreign exchange inflows from investment will be cancelled as the foreign currency does not get into any of the country’s economic systems as it is given to a Chinese company that remits its profits to China.

The Zimbabwe Coalition on Debt and Development (ZIMCODD) executive director Janet Zhou told Quartz Africa the only benefit that comes to Zimbabwe from the deal could have been access to foreign currency and external finances at competitive interest rates, however, currency swaps work best in stable economies.

“In the case of Zimbabwe where there is hyperinflation, the deal is not going to benefit the country considering that a fixed exchange rate is agreed upon at the beginning of the contract and given the rate at which the local currency is losing value, the principal amount would have lost value by the time the contract matures,” she said.

“Moreover, Zimbabwe is currently desperate for foreign currency and it is high likely that the government will offer friendly terms in order to attract the much-needed foreign currency and investment. In any case, China will have more bargaining power considering their global political economy position.”

She said ZIMCODD’s fear is the source of Zimbabwe dollar to effect the currency swap since the only available options will be either printing of money or issuance of treasury bills which are highly inflationary.

Soon after his meeting with president Emmerson Mnangagwa in Harare on January, 13 this year, Yi claimed China has been Africa’s largest trading partner for 11 years in a row and the former’s stock of “indirect investment has reached $110 billion, and more than 3 700 Chinese enterprises have invested and started business in various parts of Africa”, providing a strong force for a sustained economic growth on the continent.