Yaya Mbaoua, CEO of The Mbaoua Group, will be speaking at HIMSS20 on how telemedicine could transform Africa’s healthcare. 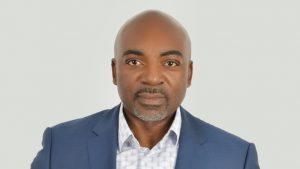 Telemedicine efforts have been cropping up across the world with the goal of bringing specialty care to more underserved regions.

One such example comes from Yaya Mbaoua, CEO of The Mbaoua Group, which has been an integral part of a pilot program to bring telemedicine to Zimbabwe. He will be speaking about his experiences at HIMSS20 in his session “Transforming Africa’s Health Crisis with Telemedicine.”

In Zimbabwe over 65% of the population lives in rural areas. This means that healthcare facilities can be far away, and specialty care even further. Coupling this with the shortage of physicians (currently there are 1.6 doctors per every 10,000 citizens) creates challenges in getting people to the right care.

“Telemedicine program entail getting rural clinics access to specialists. Obviously in those clinics they usually don’t have any resident physician,” Mbaoua said. “The best care you typically have is a traveling nurse who would stop there and provide care. So, I think the premise of the program is to enable patients in those remote villages to be able to be seen by specialists in more advanced facilities.”

“The challenge was getting all of these government and humanitarian organizations together and establishing clear responsibilities,” Mbaoua said. “So that is number one. The second challenge is really getting a pilot project off the ground, which really … means finding a province in the country that is representive of the health system in Zimbabwe and selecting the participants, the providers, patients and staff involved.”

Getting the infrastructure set up to facilitate such an effort was key, as was education of both rural clinics and specialist physicians alike.

“We came into situations where we were confronted with generational gaps,” he said. “The older generation lacked the confidence in using technology altogether, and it really required hand-holding and spending time with them to get more comfortable and confident in using the systems.”

According to Mbaoua, the Zimbabwe pilot was successful and is expected to lead to an expansion of the effort down the line.

“Telemedicine has a future in Africa. There is really no way around it. I’ve been here for four years now and [when I began] there was a lot of skepticism about telemedicine. But there is growing interest in telemedicine across the continent. There is an understanding now of the value proposition and for good reasons,” he said.

Yaya Mbaoua will be talking about his experience implementing telemedicine programs at the session “Transforming Africa’s Health Crisis with Telemedicine” on Thursday March 12, from 11:30a.m. to 12:30p.m. in room W300.