Manchester United legend Paul Scholes tabled his opinion to the media claiming that the club's current front three is one of the best in all of Europe after watching his side defeat Burnley in a 2-0 victory in their last outing. 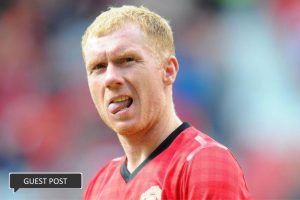 Highlighted as bet of the day which gets picked on daily basis. For more information click here The former midfielder believes it could challenge to be the best in Europe if they are able to put up outstanding performance consecutively.

Manchester United were able to find the back of the net just one minute before the half time whistle thanks to a strike from Anthony Martial. After struggled to hit the net once again, the Red Devils found the back of the net through Marcus Rashford in the 90th minute of the game helping the club move up to fifth in the Premier League table.

United’s manager Ole Gunnar Solskjaer started the match with his formidable frontline, with Martial playing as a centre forward while Rashford and Daniel James were providing support on the wing sides. Manchester United being a popular team to be added in a betslip since there is high value to get when getting placed a bet on.

Having experienced his former team bag six goals in their last two matches, Scholes thinks Solskjaer have one of the most dangerous fronts three in the world.

Speaking to BT Sport, Scholes said: “The front three are as good as any team in the league or any team in Europe when you look at them when they fancy it.

“It’s just in behind that worries me. [Paul] Pogba, yes, we know the quality that he has if he’s on song, if his attitude is right if he’s playing right if his concentration is right – there’s not a better midfield player than him in the world.

“Just everything else around that just doesn’t seem quite good enough.”

With all that being said, Paul Scholes have officially backed his club to finish the table in the top four zones in the Premier League – the English highest football league. The Red Devils started the 2019/20 campaign poorly due to several injuries the team has succumbed to.

In other news, in bids of improving their strength in the midfield for the second half of the 2019/20 campaign, Manchester United are reported to have shown interest in signing Benfica midfielder Gedson Fernandes ahead of the January winter transfer window, according to Sky Sports News.

The 20-year-old midfielder, who seems to have fallen down the pecking order in the Benfica team, is yet to start a game in the Portuguese club last seven matches in all competitions this season.

The report coming from Sky Sports claims that the player’s agents are currently in the United Kingdom trying to negotiate a loan deal with an option to buy for £34 million for any club interested.

The report has it that the Portugal international release clause with Benfica is £102 million. But Benfica is willing to let the player go at a cheaper price as he has been deemed surplus to requirements in Bruno Lage’s team.

The Red Devils manager Solskjaer formerly stated that the club will only buy the player during the winter transfer window only if the player fits the long-term strategy the club wants.