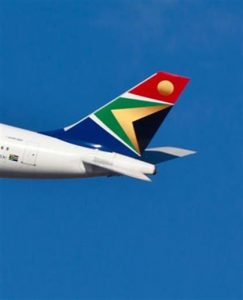 Meteorological fees are charges levied on airlines for the provision of meteorological (weather) information used for flight navigation.

Last week a High Court of Zimbabwe Judge, Justice Ephraim Tagu, ordered SAA to pay US$877 435 (R12.6m) in meteorological weather service fees to Zimbabwe’s Environment, Water and Climate Ministry, which the latter said had gone unpaid for over a decade.

The Ministry had gone to court accusing SAA of using the Robert Mugabe International Airport and the Victoria Falls Airport without paying the fees since 2006.

Justice Tagu further ruled that SAA must pay interest on the sums at the prescribed rate of interest from date of service of summons to date of final payment.

However, SAA has since said is appealing the ruling.

“South African Airways (SAA) confirms that the Zimbabwean High Court has issued a judgement against it for the payment of meteorological weather fees.

“SAA’s legal representatives in Zimbabwe have filed an appeal against the judgment in the Supreme Court,” said Tlali.

He said no action would be taken against SAA until the determination of the case by the Supreme Court.