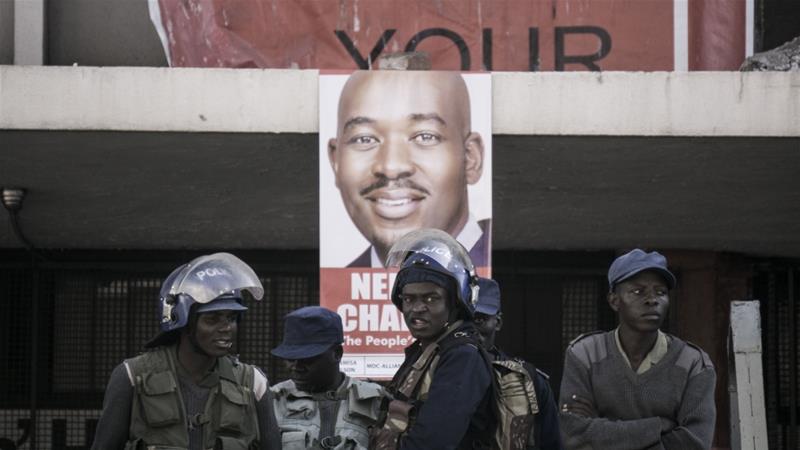 Dear International Community
The Government led by Emmerson Mnangagwa never seizes to amaze in a negative way. After failing to control the behaviour of the youths who is encouraged to illegally grab mineral deposits, the Government has now starts pointing accusing fingers to the opposition Movement for Democratic Change led by Advocate Nelson Chamisa accusing the party of having a stockpile of machetes at its Headquarters and arranges for the Police to search the premises for the weapons.
One would believe the theory that had they had the opportunity, the police would have planted the machetes during the search to find an excuse of shutting down the MDC.
Remember the story of the helmets that were found at a building hear Harvest House last year which the Police used as an excuse to raid the MDC offices. The police besieged the MDC headquarters despite the fact that the helmets were not found at the MDC headquarters. The implicated the MDC and state media ran ugly stories to tarnish the image of the MDC only to later acknowledge that the owner of the helmets had legally acquired them for business.
Knowing fully well that the menacing youths who have turned violent are a Zanu PF creation, if we had a genuine police force in the country, one would have expected that the party to have its premises searched for machetes was Zanu PF.
Zimbabwe is in trouble, Zimbabweans are in trouble from Emmerson Mnangagwa’s Zanu PF, and something needs to happen to save the country and its people from this monster party.
Kennedy Kaitano
Background reading for the International Community and Media:
Post published in: Featured