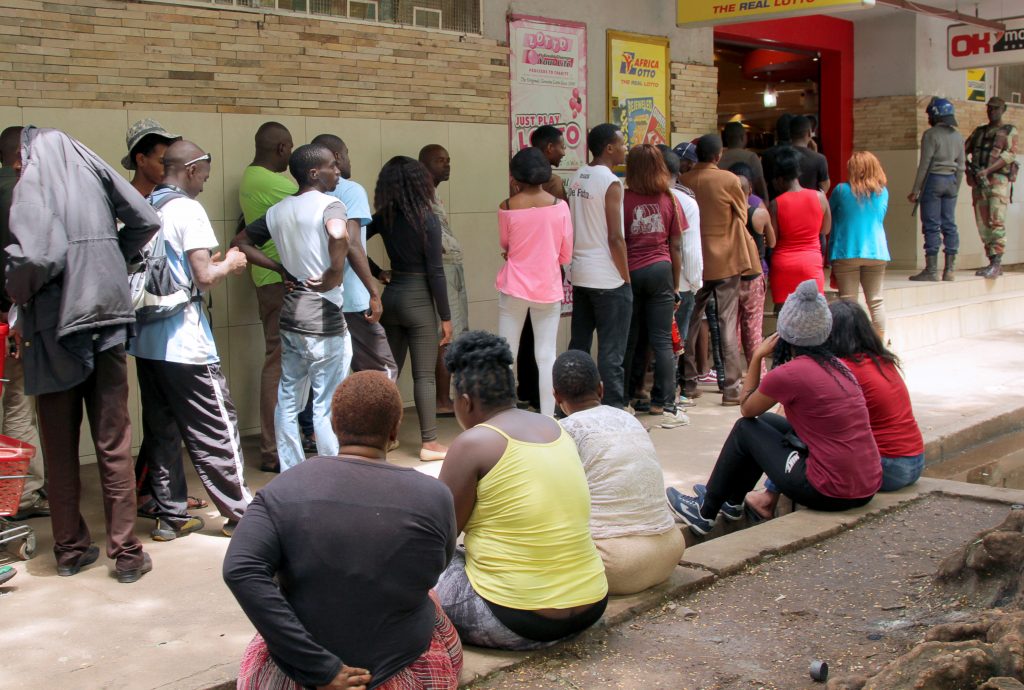 The year ahead for Zimbabwe is looking grim. The vast majority of its people will continue to suffer, and its leaders will continue to blame others for their own failures. Friends of Zimbabwe in the United States had hoped that the end of the Mugabe era and the glaring unsustainability of the country’s economic governance model—which has resulted in a shrinking economy and one of the world’s highest inflation rates—would trigger meaningful reforms that could attract international support.

As 2020 begins, those hopes have been thoroughly extinguished by President Mnangagwa and his ruling ZANU-PF party, who have established a record of violently intimidating political opponents, protecting corrupt command economy schemes that benefit elites, and disregarding the country’s own constitution.

Nearly 8 million Zimbabweans, roughly half of the population, are food-insecure, as years of drought have devastated the country’s agriculture. Zimbabwe’s plight is one of many painful testaments to the consequences of climate change in a region that contributed very little to the problem. But the effects of the drought are so severe because the country is in such a vulnerable and weakened state, the result of decades of self-serving leadership.

Some suggest that the dire conditions in the country could prompt another party-managed leadership transition. But changing faces at the top of a structure that offers economic opportunity only to the well-connected few cannot bring relief to the country. Only a genuine commitment to a different kind of governance, one that prioritizes citizens’ needs and the rule of law, can lift Zimbabwe out of the painful rut in which it is mired.

Zimbabwe’s neighbors in southern Africa have shown little appetite for wading into the country’s toxic politics, but the drag that Zimbabwe’s crisis has on regional growth cannot be completely ignored. Thus former South African President Thabo Mbeki has begun talks with government and opposition leaders in a regionally-backed attempt to find a political framework for the country’s recovery. While few expect miraculous results, it is important to remember that Zimbabwe’s situation is not, and has never been, hopeless.

Many people are simply struggling for survival, but others, like participants in the Citizen’s Manifesto movement, continue organizing to articulate a way forward for the country. Brave lawyers, journalists, community organizers, and others continue to defy intimidation in exposing government corruption and incompetence and insisting on justice. Of course, a robust and expeditious international response to the country’s urgent humanitarian needs is essential. But it will be equally important to elevate the voices of Zimbabwean civil society in the difficult year ahead to stave off resignation and find a way out of the crisis.