Over the years, since 1994, one Malawian State institution has stood out, above the rest, for its political independence, professionalism and respect for the national constitution. 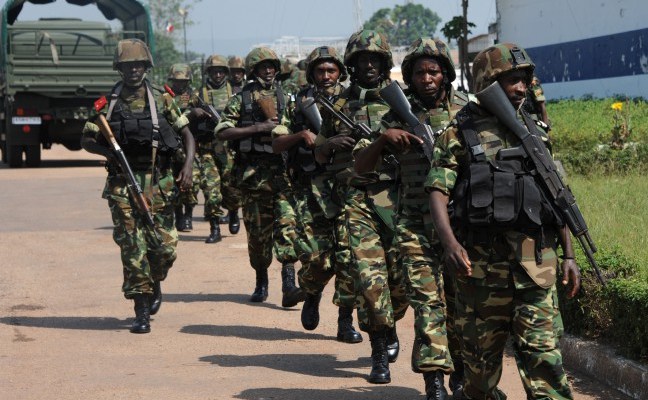 That is the Malawian national army.

From 1964, through the years of the ‘life presidency’ of Kamuzu Banda, little, or nothing at all, was heard of the Malawian Army.

Almost everyone thought that this institution, like all others in the nation by Lake Niassa, was subjected to the ‘will’ of Kamuzu.

The state creed then was that ‘Zonse zimene niza Kamuzu Banda’ [meaning: Everything you see belongs to Kamuzu Banda]. So, it was generally assumed that the army, too, belonged to Kamuzu.

It was modelled around Kwame Nkrumah’s similarly-named bunch of ruling party youths and cadres. It was well-resourced, the most visible, most feared, most political, but disciplined paramilitary force in defence of the one-man state in Malawi.

The uniformed Young Pioneers carried soldierly weapons. In fact, they were considered a military force. At one point, rumours were that the Young Pioneers were better armed, superiorly equipped, than the national army.

The Pioneers had powers of arrest, detention and were above the ‘law’.

They were only answerable to Kamuzu Banda and Sanjika Palace, the vast stately Malawian State House on the hill in Blantyre.

The Young Pioneers roamed the countryside like controlled wild beasts. They overawed, intimidated, bullied, tormented, terrorised and coerced Malawians to the will of the Ngwazi.

Times changed. Kamuzu acceded to multipartism in the 1990s. But the Young Pioneers continued in their ways. This time even boasting and threatening the army.

Then one day in 1994, the national army responded.

In one swop, in the middle of the night, the army smashed to smithereens, the Young Pioneers. The Young Pioneers’ headquarters and ‘barracks’ in Lilongwe and other bases across the country, were destroyed and burnt down. Scores of listless Pioneers were detained while other pioneering cowards, fled to their villages…never to be heard of again.

The multi-party political campaign field was thereafter levelled. The army went back to the barracks.

Years passed until 2012 when President Bingu wa Mutharika suddenly died. Joyce Hilda Ntila Banda should have ascended to the presidency smoothly as the country’s Vice President. But Banda (Joyce) had earlier been illegally ‘fired’ by Bingu. She was even stripped of the Veep’s salary, cars, residence, security and privileges.

But Bingu ‘forgot’ to change the constitution.

So, when Bingu suddenly died, a bunch of males, including Bingu’s brother, Peter, plotted against Joyce and schemed for Peter. This is the same Peter of the ‘Tipex’ elections.

In 2012, the Malawi Police and some other wings of the State shilly-shallied, deceptively in support of Bingu’s brother Peter, and against Joyce.

The army stepped in. Secured Joyce and backed the constitution. She became acting President. Thereafter the army withdrew back to the barracks.

Come 2019 and the ‘Tipex’ elections. Peter paid off the electoral commission. He declared himself winner. The people refused. Mass protests erupted across Malawi. Police rushed in to repress the crowds. They whipped, flagellated and maimed fellow Malawians…

But the army stepped-in. They chased the Police, shielding the protesters. Thus the army guaranteed that Malawians enjoyed their rights of assembly, speech and to protest.

Then came yesterday. It was the army that secured the judges. They escorted the judges to and from the court premises. The army assured and guaranteed that the judiciary acted independently and unintimidated.

The machine guns came out in support of the principles of the Constitution, the independence, professionalism and the separation of state powers.

Also, during the tumultuous months since the elections, the army stood up for the people of Malawi.

What manner of an army is this? Why is it so professional? Where are the officers trained?

Why is the Malawi army so different from those in neighbouring countries like Zimbabwe? What are its core values? When and How did it acquire these principled standards?

Whatever the answers, there are lessons for us all.