Reports from Zimbabwe suggest that security chiefs are becoming increasingly anxious that discontent may lead to unrest. 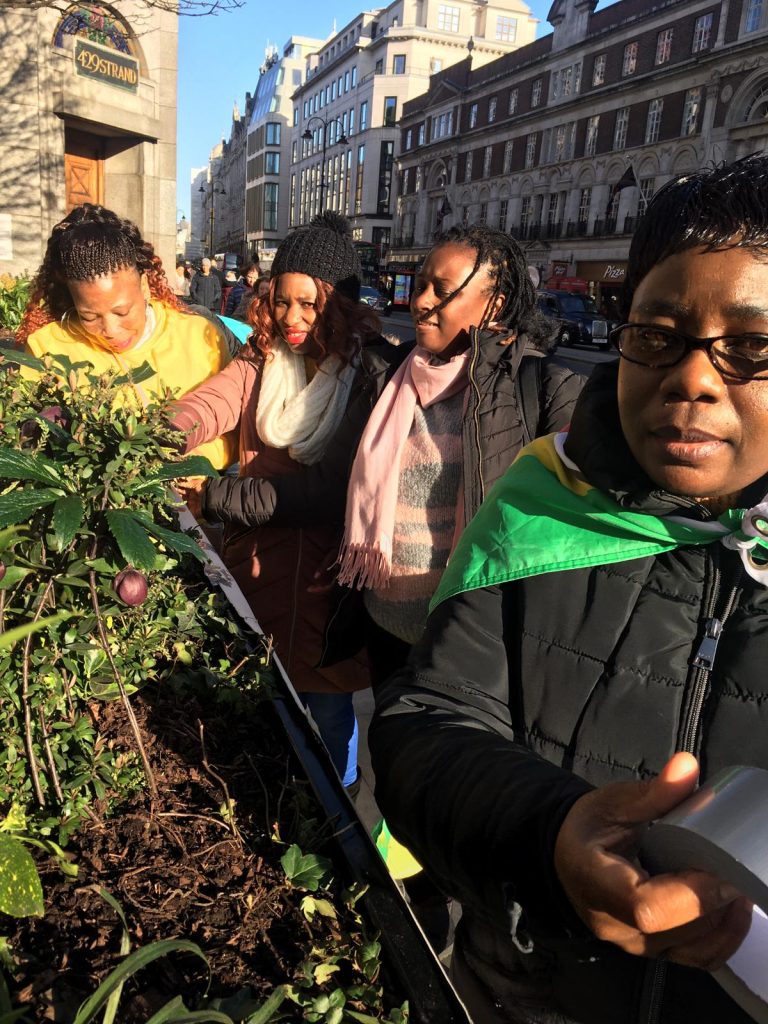 They are said to have deployed large numbers of intelligence officers in civilian clothes around the country. They are also said to fear mutiny by disgruntled soldiers (see: https://www.theindependent.co.zw/2020/02/07/panicky-army-chiefs-deploy-special-forces/).

While there is widespread hunger as food prices rise and the Zimbabwe dollar withers, vegetables in urban markets are rotting because people can’t afford to buy them (see: https://reliefweb.int/report/zimbabwe/vegetables-rot-food-markets-across-zimbabwe-while-half-population-faces-food).

Women are bearing the main share of the burden. A survey by Transparency International Zimbabwe said more than 57% of women had been forced to offer sexual favours in exchange for jobs, medical care and even seeking placements at schools for their children. The organisation said in its report: ‘sex is a currency in many corrupt deals in Zimbabwe’. (see: https://www.theguardian.com/global-development/2020/feb/08/more-than-half-of-women-in-zimbabwe-have-faced-sextortion-finds-survey).

Discord within the ruling party is further destabilizing the country. Three Zanu PF youth leaders have been suspended by the Politburo after calling a news conference to accuse some of Mnangagwa’s close allies of corruption. Secretary for Youth Affairs Pupurai Togarepi was stripped of his position and Youth Political Commissar Godfrey Tsenengamu and Deputy Secretary for Youth Affairs Lewis Matutu were demoted and ordered to go for ‘political orientation’ at the Herbert Chitepo School of Ideology.

President Mnangagwa was particularly critical of Togarepi because, he said, he had appointed him to his post even though he was not qualified being 56 years old. For his part, Matutu said afterwards that he would continue fighting corruption. He declared that he would ‘rather die for something than live for nothing’ and added that 2020 would be the beginning of a decade of action by youths.

Tsenengamu said he would not attend the six-month course at the Ideology school. Those who had ordered it should be the ones going there. ‘I do not care what will happen next. I am part of society, live in society and know what corruption is doing to the livelihoods of ordinary people.’

Matutu said “Let me talk about Tagwirei. I really want to know why he is the one who supplies everything to government — fuel. If we go to Command Agriculture, it’s him at the helm. There was an attempt to investigate him, but he evaded. He has tentacles everywhere, including the money on the black market, he controls that.’ (See: https://www.newsday.co.zw/2020/02/zanu-pf-youths-finger-ed-allies/ and https://zwnews.com/unfazed-matutu-says-fight-continues-declares-decade-of-action-as-zanu-pf-implodes/).