Many suspect that Zimbabwe’s machete gangs are pawns in a much bigger tussle for power. 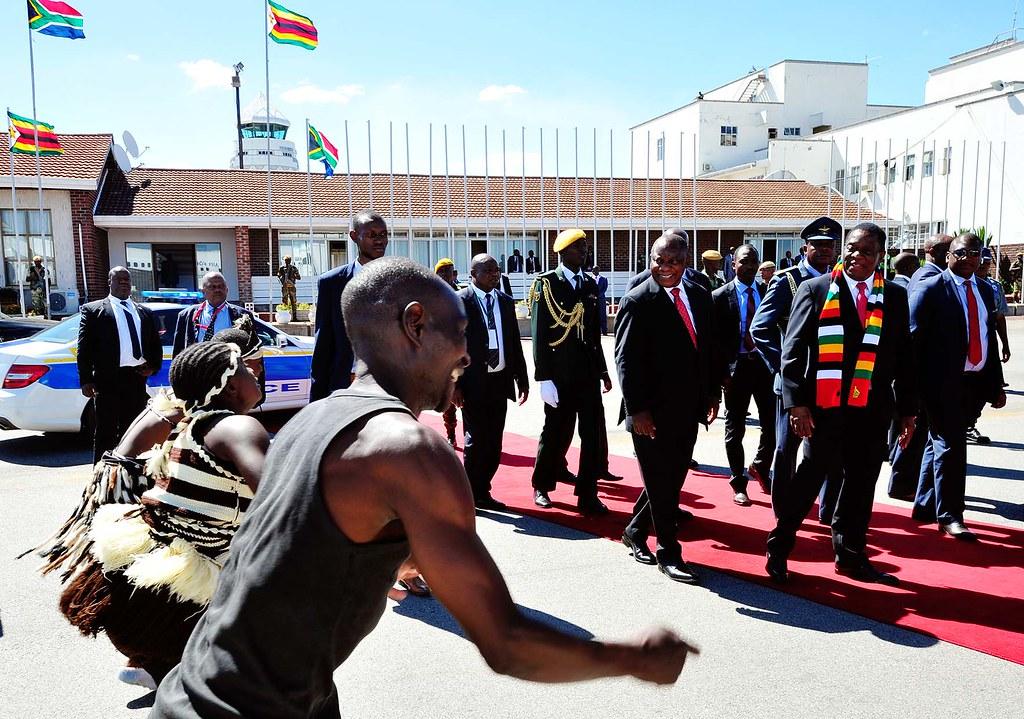 In towns scattered along Zimbabwe’s gold belts, the fear of violence has loomed large recently. Over the past three years – and particularly in the last few months – there have been media reports of children being killed, women raped and men maimed in attacks by gangs.

This violence has largely been attributed to criminal groups that occupy abandoned gold mining sites such as Mukaradzi and Msasa in Mashonaland Central Province or once lucrative mines like Shamva, Ren and Jumbo. These gangs have been particularly active recently, having first moved in to these areas after foreign multinationals departed. They use picks and chisels to extract the precious metal, while also engaging in other often violent criminal activity.

These groups have a long history. One of the earliest incarnations of these gangs arose in the town of Shurugwi where groups of criminals on the run from the police sought refuge in the late 1980s. An empty mine provided a safe haven for these men due to its inaccessibility and difficult terrain. The gangs mined gold illegally and engaged in violence locally often using machetes. The members became known as the Mashurugwi, which became the umbrella term to refer to all the gold mining gangs that emerged elsewhere in Zimbabwe.

These groups of Mashurugwi soon became part of the country’s political and economic landscape too. Powerful businesspeople and politicians employed these gangs in a bid to control mining areas and the illegal gold trade, while protecting the groups’ members from arrest. Ruling politicians also sometimes deployed Mashurugwi around elections to intimidate and attack opposition supporters.

Gold mining gangs have been a feature in Zimbabwe for decades. It is only recently, however, that they have caught national attention. In the last three years, the Mashurugwi have become bolder and more active.

To begin with, the gangs have expanded in size and number. Typically the preserve of men, the gangs have grown to include women and are thousands strong. New recruits appear attracted by glamour and power as well as impunity and the relatively scarce opportunity for employment.

At the same time, the gangs have been engaging in more violent activities. Where once violence was restricted to rival gangs, it is now targeted at civilians. There have been several recent reports of rape and assault by suspected Mashurugwi, while some machete-wielding groups have even imposed curfews in towns such as Mazowe and Shamva and the suburbs of Chitungwiza and Gweru.

Pawns in a bigger power play

The Mashurugwi’s new boldness combined with the government’s lack of action has deepened fear that the gangs are acting with the blessing of the state.

State Security Minister Owen ‘’Mudha’’ Ncube has long-standing links to the Mashurugwi and reportedly controls the most notorious gang in the country al-Shabaab, named after the Somalia-based militancy. Local Government Minister July Moyo is understood to have access to various groups in the Midlands area. Meanwhile, other politicians from the ruling ZANU-PF party such as MPs Justice Mayor Wadyejena, Dexter Nduna and Goodwills Masimirembwa are also associated with the gangs.

All these politicians are closely linked to President Emmerson Mnangagwa. The Mashurugwi themselves seem to be his strong supporters. This has led some to suspect that the president is using the gangs as part of his strategy of governance. Mnangagwa has a record of using extra-legal groups that stretches back to the 1980s, mobilising the likes of the ZANU-PF youth, the National Youth Service (known as Green Bombers), and the North Korean-trained Fifth Brigade for often deadly political ends.

While these previous groups were used to target the opposition and civilians, however, today’s key target may be closer to home. Despite the state media headlines, it is an open secret that President Mnangagwa and his deputy Constantino Chiwenga are tussling for power and the leadership of ZANU-PF ahead of the 2023 presidential elections.

In this rivalry, Chiwenga, the former head of the army, has the crucial support of the military. By appointing key allies to influential positions, it is suspected that Mnangagwa is securing the backing of the Mashurugwi.  These influential gangs, combined with support from a few military units loyal to the president, could act as a buffer against Chiwenga.

This would explain the president’s lacklustre response to the gangs despite rising fears. It also explains why the vice-president’s threats to tackle the Mashurugwi have been interpreted as an attack on the president. If the Mashurugwi are key pawns in Mnangagwa’s battle with Chiwenga, it is not in his interests to weaken them politically or undermine their illegal gold mining activities, which provide an economic lifeline to his allies.

Seen from this perspective, it is no surprise that the Mashurugwi’s activities have started to increase since November 2017. That was the month that Mnangagwa was fired by Robert Mugabe as vice-president and reportedly began mobilising the gangs to make parts of Zimbabwe ungovernable. It was also the month that Mnangagwa and Chiwenga led a coup that resulted in them becoming president and vice-president respectively.

Now the key battle for power appears to be between these two orchestrators of the coup. As long as it continues, the Mashurugwi and their violence will remain prominent features in Zimbabwe.