Zimbabwe’s mine houses are considering going off grid to avoid crippling breaks in production, as the country continues to battle unstable power supply. 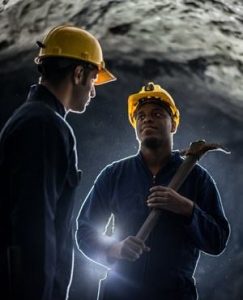 In 2019, Zimbabwe endured up to 18 hours of load shedding per day. At its peak, state power utility Zesa holdings escalated power cuts to 24 hours in December after losing regional power imports.

The other major energy source, Hwange thermal power station, is no longer reliable as its plants continuously break down due to old age and lack of adequate maintenance.

The two power stations are therefore not expected to produce at full capacity soon, with Kariba dam depending on water flows into the Zambezi River, while new units at Hwange are only expected to come on board in 2022.

Zimbabwe needs about 1 800MW at peak periods of demand but production falls far short of this level.

This has forced miners to consider own power generation, with one of the country’s biggest gold producers RioZim, last week applying to the Zimbabwe Energy Regulatory Authority (ZERA) for licences to build four solar power plants for each of its four mining operations, with a combined output of 214MW.

Industrial and Commercial Bank (ICBC) of China has already signed up to provide 85% of the funding while Standard Bank will also make 15% contribution.

Meanwhile Toronto Stock Exchange-listed Caledonia Mining Corporation announced it wants to build a 20MW power plant at its Blanket mine near Gwanda.

Last week Caledonia’s CE Steve Curtis, in an interview with Proactive, expressed interest to develop a power hybrid system that will incorporate solar, grid and diesel power to improve performance at the mine, while achieving sustainability at the same time.

“During the day (it will be a) photo-voltaic generating plant. We will then use technology to create a hybrid system and we will save on diesel and on the US dollars we spend on our grid power,” Curtis said.