The contentious issue of targeted sanctions imposed on certain individuals and entities in Zimbabwe by the European Union (EU), and United States of America (USA), requires a neutral and apolitical factual approach. 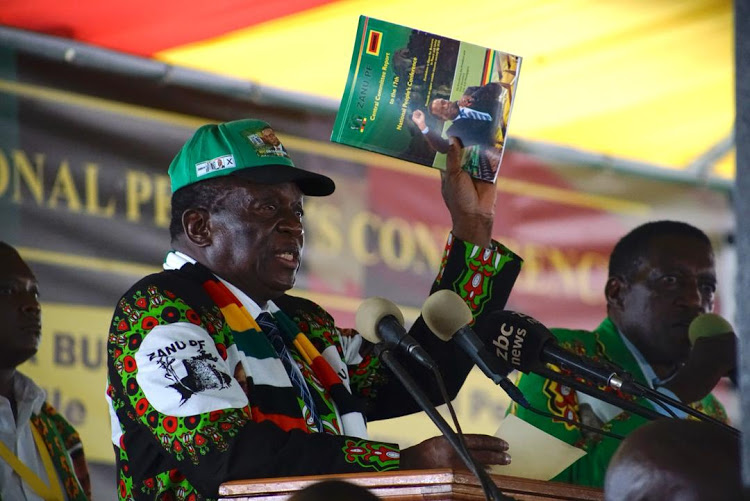 First and foremost, there is absolutely no doubt that both the ZANU PF (and Zimbabwe government), as well as the opposition, assertions have some elements of truth.

The ruling ZANU PF party has one thing unquestionably correct – these sanctions were imposed as a result of the EU and USA disgruntlement over the land reform program.

As the dispossessed White farmers were largely of British decent, their kith and kin in the United Kingdom (UK) were not amused as all.

What further irked them was the outright refusal by the Zimbabwe regime in compensating them.

Thus, the UK roped in its allies – the EU and USA.

The issue of human rights abuses was simply a smokescreen – since they could not come out outrightly admitting the real motives for this anger towards the Zimbabwe administration.

Let’s remember that this same ZANU PF regime had brutally and cold-heartedly murdered over 20,000 innocent men, women, and children (including unborn fetuses) in a genocidal massacre of mainly Ndebele people in the 1980s.

Yet, these same proponents of human rights did totally nothing.

In fact, then Prime Minister Robert Gabriel Mugabe was frequently awarded for his ‘examplary statesmanship’ in these countries, during these atrocities..

Since this was purely Black-on-Black violence – the EU and USA didn’t give a damn.

As much as the reasons proffered for imposing targeted sanctions in the 2000s were merely a smokescreen – they, however, held tremendous weight – because, the Zimbabwe regime had indeed been busy brutalising and murdering MDC supporters, as well as rigging numerous elections since the June 2000 general plebiscite – which it nearly lost to the then nine month old party.

Which was also the real reason the panicked regime embarked on the violent and heartless land refom program – resulting in the killing of scores of White farmers and their workers – as it accused the farmers of sponsoring the opposition party – which had become an overnight nightmare for ZANU PF.

The most brazenly murderous being the 2008 presidential elections, when Mugabe lost to the then MDC president Morgan Richard Tsvangirai, but refused to accept the result – instead, unleashing a reign of terror, where hundreds of the opposition leader’s supporters were callously killed.

This is where the opposition viewpoint has been very correct.

As the ZANU PF regime has begun compensating these White farmers – the EU and UK have been gradually relaxing these restrictive measures – since they are probably satisfied with such a move.

But, they will obviously stick to their original story of human rights abuses being the justification for the sanctions.

On the other hand, the USA appears intent on continuing with the pressure – as possibly, Trump has since adopted the publicly stated reasons for the sanctions, considering that the Zimbabwe regime has actually intensified its human rights abuses.

Ever since the 2017 coup that ousted Mugabe, the Emmerson Dambudzo Mnangagwa regime has worsened its propensity for violent repressive tendencies – including the fatal shooting down of unarmed protestors by security forces in 2018 and 2019, and the virtual lockdown of any MDC activities.

The opposition is also 100% correct in that there is no incontrovertible evidence that these targeted measures affect the ordinary people of Zimbabwe, or the country’s economy.

This yarn has been peddled by the regime as a smokescreen to cover up its own gross and shameful mismanagement of the economy – that has left millions of citizens living in abject poverty, and starvation.

The only people being affected by these sanctions are the 142 individuals and entities listed.