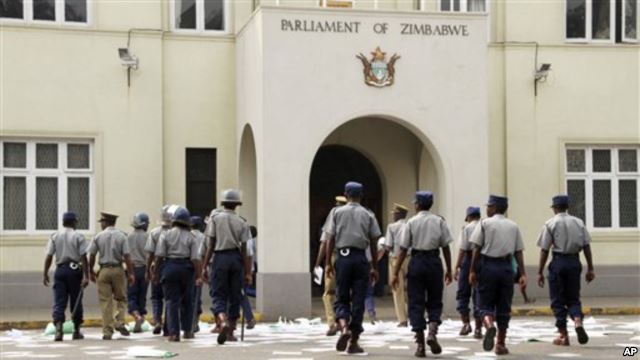 Concern has been expressed in some news media at the recent increase in fines, published by the Minister of Justice in the Criminal Law Codification and Reform (Standard Scale of Fines) Notice, 2020 (S.I. 57 of 2020) [link].  The concern is that it will allow the police to levy exorbitant fines for petty infractions of the law, fuelling corruption as citizens try to bribe their way out of paying the new fines.  In this Bill Watch we shall examine the notice and its background to see whether the concern is justified.

Background to the Notice

Statutes which create criminal offences usually specify the penalties that courts may impose for the offences, and the penalties often consist of fines with or without terms of imprisonment.  Before 2004 fines were expressed as monetary amounts but inflation kept reducing the real value of these amounts so that statutes had to be amended constantly in order to keep the fines realistic.  Hence section 280 of the Criminal Law Code, enacted in 2004, provided that fines were to be expressed as levels on a Standard Scale of Fines set out in the First Schedule to the Code.  According to this Standard Scale, a level 1 fine was US $10 (this was after the Schedule was amended in February 2017), a level 2 fine was US $15, a level 3 fine was US $30, and so on all the way to level 14 which was US $5 000.  The monetary amounts in the Standard Scale can be amended by the Minister of Justice, Legal and Parliamentary Affairs through a statutory instrument, which is a much quicker process than amending individual fines in each Act of Parliament.  So if, for example, the Minister publishes a statutory instrument stating that level 1 fines are to be increased to $200, the amendment will automatically increase the amounts in every statute that provides for a fine of level 1 to be imposed.

What the Notice Does

The new notice certainly increases the monetary amounts of fines dramatically, as these examples illustrate [the “old amounts” listed below are those fixed in RTGS or Zimbabwe dollars in September last year by SI 209 of 2019]:

On the other hand, the real effect of the increases is not as great as it seems, for the following reasons:

Inflation is running at shockingly high levels in Zimbabwe ‒ according to one estimate the inflation rate was 471 per cent per annum in January ‒ so in real terms the new fines are not all that much higher than the September ones.  Indeed, they are actually lower than the fines which were fixed in US dollars in February last year, when those US dollar fines are converted to Zimbabwe dollars at the current interbank rate:

Looked at in this light, the new fines are more a rationalisation than an increase.

It must be remembered that the Police cannot levy fines higher than level 3, now fixed at ZW $500.  This is because section 141 of the Criminal Procedure and Evidence Act gives them (and other officials such as vehicle inspectors and mine inspectors) the power to issue tickets to people who are alleged to have committed offences which are reasonably believed will not attract a fine of more than level 3.  A person who has been issued with such a ticket can avoid appearing in court by signing an admission of guilt and paying the specified fine at a police station.

The Police cannot issue a ticket for the payment of a fine of more than level 3, so ‒ until the fines are next increased ‒ $500 is the most that anyone can be required to pay.

Five hundred dollars is the maximum amount that can be specified in a ticket, and it should not be specified for all offences because petty offences merit lower fines than more serious ones.  When fixing fines, police officers should follow schedules of deposit fines drawn up by magistrates and senior police officers.

The Police are not allowed to levy “spot fines”:  they cannot insist that motorists, for example, pay fines in cash at roadblocks.  They must issue tickets giving motorists the option of paying their fines at a police station or of contesting their cases in court.

Most statutes, when laying down the penalties for offences, specify the maximum penalties that may be imposed for the offences in question.  Those maximum penalties apply only to the most serious instances of the offence, and in most cases a court will not be expected to impose them.  In practice therefore the courts will seldom impose the full amount of the new fines.

The concerns that have been expressed regarding the new fines are exaggerated since they do not recognise that the increases in the fines are intended to take account of inflation.  On the other hand, most people’s incomes have not been adjusted for inflation so for many ordinary people the increases in the fines are very steep indeed.  Perhaps the real debate about the increases should not be whether it was justifiable to increase the fines, but rather whether it is justifiable for people’s incomes to be so eroded by inflation that they cannot afford to pay fines which have been adjusted to remain constant in value.