The MDC National Standing Committee (NSC) met today and restated that in line with the Congress resolutions of May 2019 and pursuant to the big five fights as articulated in #Agenda2020. The party is currently mobilising Zimbabweans across the country for a big political action to push for a people’s government. 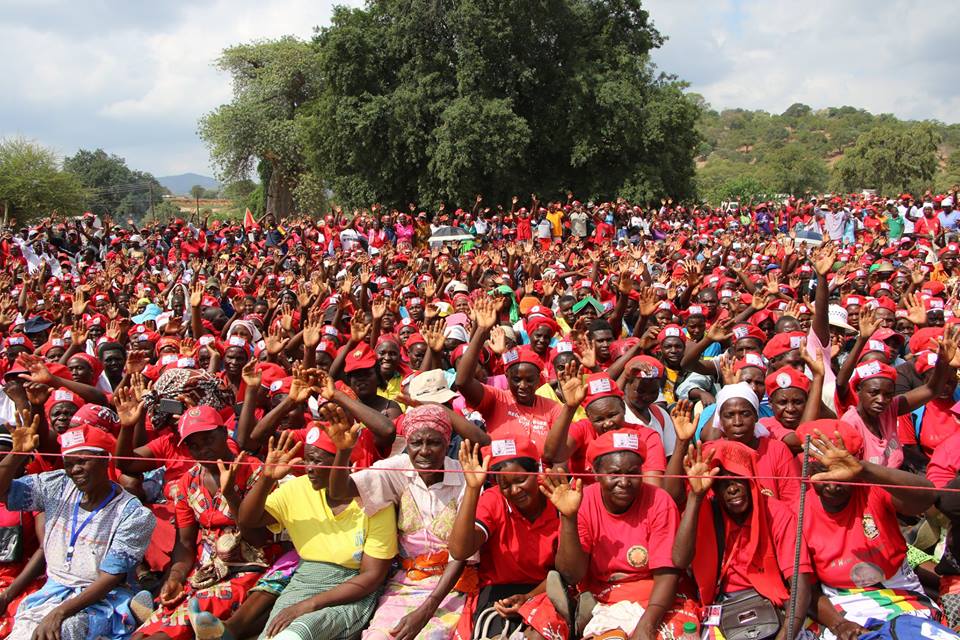 The people’s party resolved to work with all progressive forces in pushing for a peaceful and non-violent people’s action meant to return the country to legitimacy and democracy.
The people’s party took hours deliberating on the deteriorating situation across the country, the threat of the corona virus, hunger and starvation, the collapsed social services sector, the sky-rocketing fees and food prices, the power and fuel shortages and the general high cost of living that has affected every household in Zimbabwe.

To this end, it was resolved that, a big political action be mobilised and organised.

The NSC also noted that the people’s party’s call and quest for genuine and sincere dialogue to resolve the national situation has been spurned and turned down by Mr. Mnangagwa.The people’s party has therefore drawn a line in the sand until the possibility of dialogue becomes a viable and available option.
The NSC received a report of the state, health and hygiene of the people’s party. In this regard the NSC discussed the persistent and desperate machinations by the illegitimate regime to portray the people’s party as a house in turmoil by manufacturing fake letters and false communication in the names of certain of our leaders.
To this end, Senator Morgen Komichi, a respected people’s party leader himself, took advantage of today’s meeting to dismiss the false communication manufactured in his name. He also reaffirmed his unstinting faith and loyalty to the party and its leadership and expressed his undying faith in the MDC as the sole repository of hope for the people of Zimbabwe.
The people’s party leadership also discussed and noted the need for message discipline and consistency and emphasized that all communication be done by its relevant designated officials.
The people’s party notes with extreme concern  the deteriorating health situation in the country and in particular the threat of the corona virus, and has since directed the Secretary for Health and Child Welfare, Dr Henry Madzorera to actively state the position of the people’s party on the matter.
Zimbabweans are demanding for a people’s government, an improvement of their livelihoods and restoration of their dignity, a decisive end to corruption, respect of human rights and a return to constitutionalism and democracy.