Where is God in all this? Every question is related to the one asking it! So here we can reply to this question with another one: where are you expecting God to be? Are you expecting him to have prevented this? 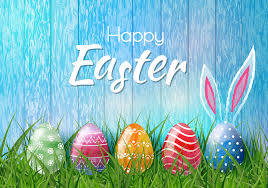 Or are you expecting him to come to our rescue now? As has often been pointed out, a crisis is a moment of decision (from the Greek krino, decide). A cyclone, a drought, an economic collapse – all these are crises in the sense we often use the word, meaning a disaster.  But a crisis is also an opportunity, an opportunity to choose.

While the world is in mourning for the many who have died and the countless millions whose lives have been affected, many have commented on the beneficial effects of the corona virus pandemic. Suddenly we breathe the clean air of our cities and can hear the birds sing.  Suddenly people are becoming aware of each other and their dependence on each other, not just for the benefits of daily life but even for survival. And people are asking what all this means at a deeper level for the choices we have made as people of the twenty first century.

This year Good Friday will be different, not just for Christians who pause to consider the Lord’s death and who come to venerate his cross, but for everyone. You can see it in the media.  The world’s leaders are putting their grand plans in the ‘PENDING’ tray while they grapple with, what they may see as, this unwelcome intrusion. Maybe it is unwelcome? But it is a moment of truth: a moment when, not only leaders, but all people who have the power to choose (the majority don’t) look hard at the decisions we have made in designing the way we live on our planet.

There are two decisions we have to look at. First there was God’s decision in creating this wonderful world which he planned for us to prepare us for an even more wonderful fullness we can only dimly glimpse at the moment. The second decision was ours. How would we receive this gift? In a word, we messed up. His plan went horribly wrong and, to go back to the question in the first paragraph above, he intervened. He did this in an almost incredible way by coming in the flesh, bearing all our burdens and showing us the way. We, being who we are, rejected him and led him out of the city and killed him. But God, being who he is, remained faithful to his plan and broke out of the tomb and made his purpose clear in a way people could never have grasped before.

The first decision is unalterable. The second still depends on us.  Each year at Easter we are asked, ‘Will you come with me?’ Will you make this world a better place for my brothers and sisters? If you say ‘yes’ and mean it, if you ‘lose your life’ in your decision, you will find it is a far better place for you too.