As the country marks 40th independence anniversary, its journey towards reconciliation and healing is not yet over.

Bulawayo, Zimbabwe – The bones of the young couple lay mingled in an open pit near the railway tracks. In one corner, a male skull stuck out of the earth while a soiled pinkish dress nearby covered some of the other remains.

They belonged to Justin Tshuma, 34, and his pregnant wife Thembi Ngwenya, 21, who were shot dead by soldiers in 1983 while trying to flee their village during Zimbabwe’s first post-liberation conflict.

Robert Mugabe, the elected prime minister of an independent Zimbabwe in 1980, had claimed dissidents and fighters loyal to a rival liberation movement were threatening the country’s newly found freedom. An elite unit, the North Korean-trained Fifth Brigade, was deployed to the southwestern regions to fight the alleged dissidents, in a military campaign that killed more than 20,000 people – mostly ethnic Ndebele – between 1982 and 1987, according to rights groups.

Saturday marks 40 years since Zimbabwe gained independence from British and local white minority colonial rule. But four decades since its founding on April 18, 1980, Zimbabwe is a fractured nation whose journey towards reconciliation and healing from past atrocities is not yet over.

In April last year, the remains of Tshuma and Ngwenya were the first to be discovered in Tsholotsho district following a government pledge to exhume and rebury those killed in the 1980s purge, known as Gukurahundi, a Shona word that translates to “the rain that washes away the chaff from the last harvest, before the spring rains”.

Exhumations have since continued but are no longer open to communities nor the media, with just a few family members and officials allowed to attend. Once unearthed, the skeletal remains are taken to a forensic laboratory for identification and determination of the cause of death, a lengthy process that can take months. Subsequently, the bones are given back to the family for re-burial at the homestead or a chosen location.

One year since the first public exhumation, Beauty Ngwenya, Thembi’s older sister, said the disinterment, along with prayer, had helped the family in their pursuit for healing.

“I feel the pain I’ve carried in my heart for so many years has subsided,” the 48-year-old told Al Jazeera. “I hope others who are suffering will see that it’s possible to be free of this pain. Now that we know the truth about Thembi, I can forgive those who did this if they seek forgiveness from me.”

Yet for others, the memory of Gukurahundi remains hard to erase.

“I was a young man then, but I still have the scars of what they did to me,” said Simeon Ncube, now 58.

Ncube had joined the liberation struggle as a teenager but was later accused of being a dissident fighter.

He said he was captured by soldiers in August 1982 after his older brother, also a liberation fighter, escaped to South Africa. Ncube said he was taken to Bhalagwe, once a military base south of Bulawayo, Zimbabwe’s second city. Thousands of civilians were detained and brutally tortured there, and many were killed.

“I was tortured at Bhalagwe,” said Ncube, alleging that he was beaten and given electric shock treatment.

“What kind of freedom is this if people have to live with their pain and those who tortured us won’t tell us why they did it? It’s hard for me to forgive and forget, I can’t do it,” he added.

There is still no public acknowledgement of the Gukurahundi atrocities, which were once described by the late Mugabe as “a moment of madness”. Meanwhile, the findings of the two commissions of inquiry conducted decades ago are not publicly accessible even under a different leader.

Following 37 years of Mugabe’s rule, former aide Emmerson Mnangagwa took over in a de facto coup in November 2017, promising a new era for Zimbabwe. However, despite making efforts to reconcile and heal the wounds of the past, the new president’s government has also cracked down on citizens – rights groups have accused state security forces of using excessive lethal force to quell protests last year. 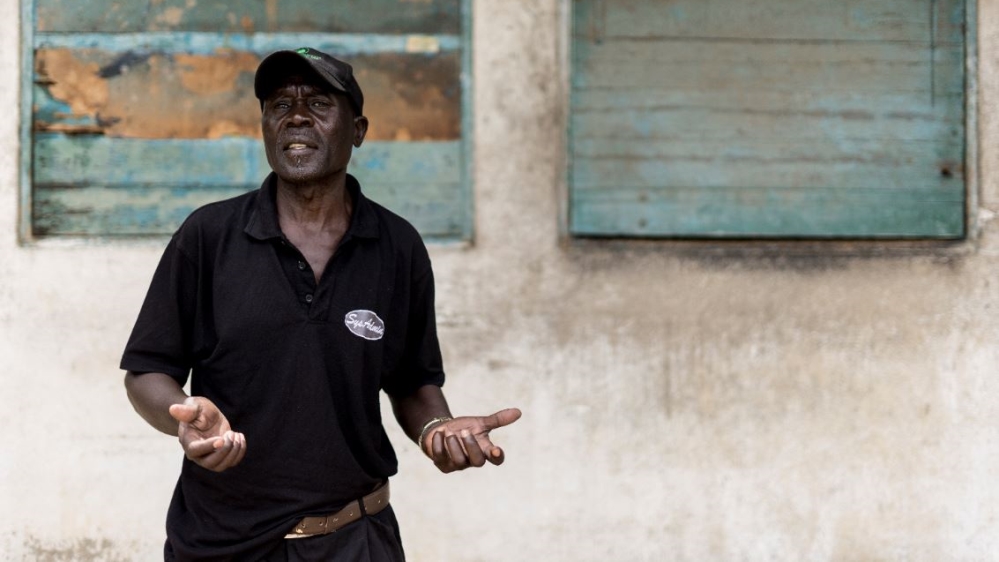 Simeon Ncube: ‘It’s hard for me to forgive and forget’ [Zinyange Auntony/Al Jazeera]

A muted anniversary under lockdown

Ordinarily, the celebration of independence would have culminated with a stadium commemoration featuring live music, an army parade and liberation war veterans recounting their role in the armed struggle against colonial rule.

But this year, it will be a low-key affair that will find Zimbabweans, most of whom struggle under the weight of a protracted economic crisis, under lockdown as the country tries to contain the spread of the coronavirus pandemic. Zimbabwe has so far registered 24 cases and three deaths associated with COVID-19, the disease caused by the new coronavirus

Earlier this week, Kembo Mohadi, the second vice president who chairs the inter-ministerial taskforce for COVID-19, said Zimbabweans should draw inspiration from the bush war victory against the British in order to succeed in the fight against the coronavirus pandemic.

“It was through the resilience of Zimbabweans that we have this independence, and we got it without assistance from Europe and the US. We did it ourselves,” he said during a meeting with government stakeholders, chiefs, religious leaders and business people on Wednesday.

“Let us forget the political bickering we might have. It’s [COVID-19] our war together, and we have to fight it together.” 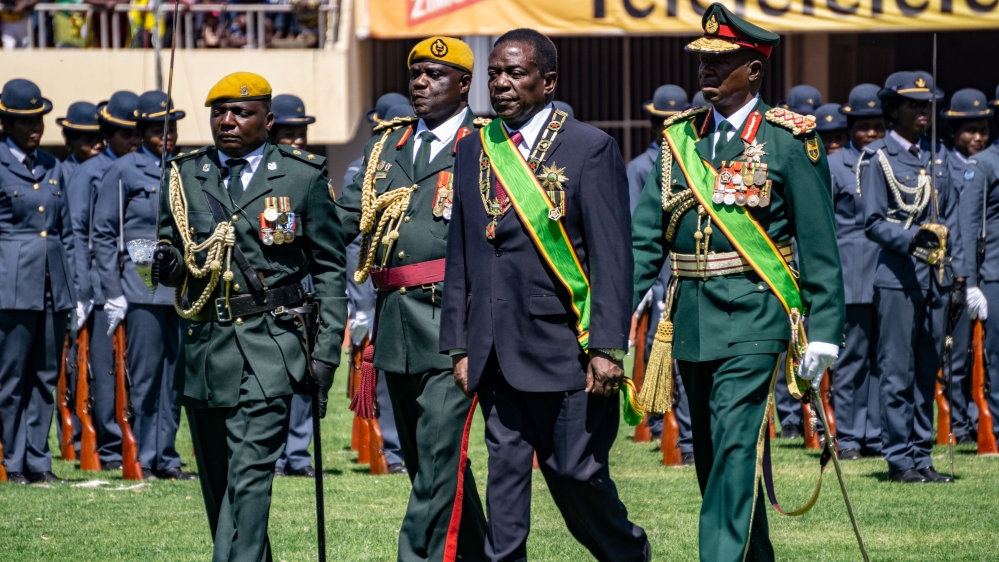 Amid reports of rights violations during the enforcement of the lockdown, Nare said the commission has urged security forces to show restraint and encouraged mutual cooperation between the state and citizens.

He also promised that exhumations would continue, even as some in the region remain sceptical about the efforts of the government and the commission – NPRC-led community consultations in the past have been disrupted by angry protesters.

“The situation has improved reasonably in the reception we have received in this area. There were a few disturbances last year, but we have found a way to relate on this issue,” Nare told Al Jazeera.

“There’ve been a lot of conflicts in this area because of Gukurahundi, but we’re here to assure our people that they must tell the truth and make peace. We want to carry out exhumations freely so people mustn’t be afraid.”