The recent Supreme Court “Corona judgement” has inadvertently opened opportunities for as Zanu PF district chairman to be the ‘Mashavira’ of the ruling party as he plots to approach the courts to challenge the constitutionality of President Mnangagwa’s rise to power both in the party and government. 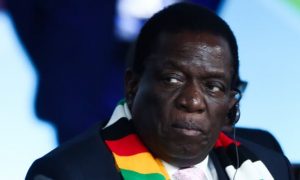 ” The forthcoming Legal Question lurking ahead on Section 38 of the ZANU P.F Constitution , its interpretation and application has been inspired by the Supreme Court Ruling of the MDC A Case. It is highly impersonal and does not attack anyone but raises the aforesaid legal questions through an application to the same Supreme Court for a Declaratory Order in tandem with what was ruled on the MDC Case.” said the forty year old former Reserve Bank  Head of Treasury Operations.

Musariri contents that Zanu PF abused its own constitution, especially s38 when it fired Robert Mugabe and catapulted Emmerson Mnangagwa during the Operation Restore Legacy(coup) of November 2017.

“The President and First Secretary of the Party or, in his absence, one of the Vice Presidents and Second Secretaries or the National Chairman shall preside over the meeting of the Central Committee and at such a meeting (1) decisions of the Central Committee shall be by simple majority ; and (2) by majority of the total membership shall form a quorum,”reads s38 of the Zanu PF constitution.

It is in the public domain that Robert Mugabe who was the President and First Secretary did not chair that meeting as required by this section. He was under house arrest o and was barred from exercising his powers by the army.

The court should therefore ascertain who convened the meeting and chaired it and if such persons were delegated by the First Secretary to do that on his behalf.

The youthful Zanu PF leader said:” That particular Central Committee meeting of the 19th November 2017 is the legal misnomer and should be sought to be declared null and void by the High Court by way of statements, case law and constitutional law.”

“I think that the idea that Zanu PF members can challenge the legality of the affairs within their party on grounds akin to the MDC matter is an interesting one. It is a viable line of thought for them to persue,” said Advocate Phuzu.

Masariri argues that the military contravened the Zanu PF constitution and unlawfully intervened in the affairs of the party as soldiers are not members of the party. Also by restoring Emerson Mnangagwa the Central Committee erred because he (ED) was expelled and could only be considered for that post after five years.

TSTnews is reliably informed that the ambitious youthful leader intents to assemble a team of notable constitutional legal representatives to launch the court challenge. He is confident that he will get a fair hearing as according to him, the recent judgment by the Supreme Court in the MDC matter has set a precedent.

TSTnews learnt that Mr. Musariri was born on 19 October 1980 and completed his Ordinary level at Allan Wilson where he scooped 12 As and was the head boy. He is a seasoned banker and presidential aspirant.He is father to seven children.

He contested during the Zanu PF 2018 primaries for MP Mazowe South Constituency in Mashonaland Central where he is current chairman of Masimba Political District in Mazowe ward 14. He believes in the ethos of the liberation struggle and equality of citizens and need to rid corruption.