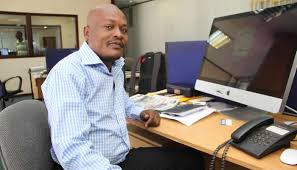 He died yesterday morning at a private hospital in Harare after being unwell for a long time. He was 44 year old.

During his time at The Zimbabwean Gift was kidnapped by armed men and was only produced when the high court in Harare granted a writ of habeas corpus. When the authorities brought him to court, he could hardly walk as he had been tortured during his four-day ordeal.

Soon after leaving the Zimbabwean Phiri joined the Daily News as news editor.  At the time of his death he had been promoted to the position of assistant editor.

Editor and publisher of The Zimbabwean, Wilf Mbanga paid tribute to “a true professional who loved his job.”

“ As his editor, I could rely on him to produce an exclusive story that was well-researched and balanced. He perfected the art of asking the right questions when interviewing his subjects,” said Mbanga.
Gift will be sorely missed and our condolences go to his wife, family and friends.