The International Monetary Fund (IMF) has warned that Zimbabwe needs urgent aid as the Covid-19 coronavirus pandemic exacerbates the effects of a food shortage following the worst drought in nearly four decades. 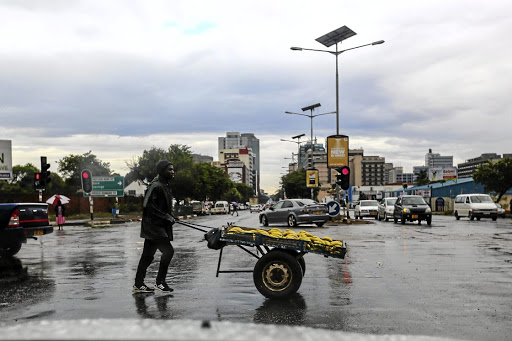 The Southern African nation needs hundreds of millions of dollars in foreign aid in coming months to fend off a humanitarian crisis that’s likely to leave more than half of the population hungry, the Washington-based institution said.

“The outbreak has greatly amplified uncertainty and downside risks around the outlook,” the IMF said in an Article IV report, released on Friday. To date, Zimbabwe has nine confirmed infections and, like much of the region, the government has imposed a lockdown to halt the spread of the virus.

An economic crisis marked by a dire shortage of foreign currency and power supply, coupled with the drought has increased the number of poor people in what was once one of Africa’s most industrialised countries. The fund estimates that the economy contracted 8.3% in 2019. The report was largely compiled before the virus reached Zimbabwe.

“Absent a scaling-up of donor support, the risks of a deep humanitarian crisis are high,” the IMF said. Only half of the humanitarian aid requested by the UN to help about eight-million people has been pledged, it said.

Without additional donor support in the first half of 2020, pressure will increase on the central bank to revert to printing money, which would in turn result in even higher inflation and loss of confidence in the new currency, the IMF said. Zimbabwe’s annual inflation rate is currently 540%.

Zimbabwe is also struggling to clear $16.9bn in arrears, while external public debt is expected to jump more than 10 percentage points in just four years to 52% of GDP in 2020, according to the IMF.