As It Reaches Its Highest Levels In A Decade 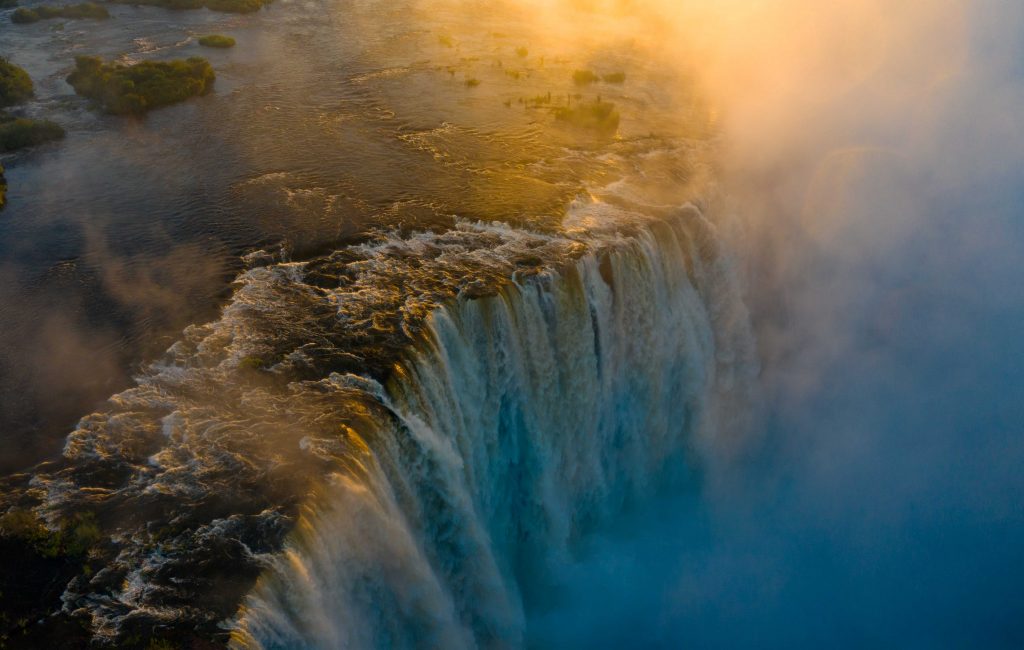 The Victoria Falls appears to be thoroughly enjoying its alone time, reaching its highest flows in a
decade in a powerful display of breath-taking beauty and intensity, which ironically no one is there
to witness.

The Victoria Falls rainforest is closed, as like the rest of the world, Zimbabwe is in lockdown to
protect against the coronavirus pandemic. However, when the time is right it will reopen and the
Victoria Falls will still be magnificent.

Zambezi River Authority public relations and communications manager Elizabeth Karonga said the
high water levels were due to a significant increase in both rainfall and run-off in the catchment area
upstream of Victoria Falls during the current rainfall season.

“The Zambezi River normally experiences two peaks or floods, which are more evident in the upper
catchment area, upstream from Victoria Falls, and depending on their magnitude, their effects are
translated downstream,” Karonga said.

The first wave of floodwaters was recorded at Victoria Falls on March 31, 2020 with a peak flow of
4,289 cubic metres per second, and the second reached the Victoria Falls on April 14, and water
levels were, again, rising, Karonga said.

The flow at the Victoria Falls from the second flood is expected to peak by end of April at more than
4,300 cubic metres per second, she added.

The flows at the Victoria Falls have not been this high since 2010, when they were slightly higher;
they were also higher in 2009 and 1978, but the highest flows ever recorded were in 1958 when the
peak flow reached an incredible 9,436 cubic metres per second, she said.

In coming weeks the rise in flows at the Victoria Falls will continue until the rainfall upstream
subsides, leading to a reduction in the Zambezi River flows, and subsequently reduced flows at the
Victoria Falls. The Falls are expected to peak at the end of May this year.
Ross Kennedy, chief executive of Zimbabwean hospitality group Africa Albida Tourism, said nature
continued to show off her power and influence over our lives!

“At a time when the world is in trouble the Zambezi River and the Victoria Falls display immense
beauty, rugged power and a glorious snub to the current negatives,” Kennedy said.
“It has been quite some time since anyone witnessed the majesty and intensity of this level of water
flowing over the Victoria Falls, with the last period of such floods being ten years ago.

“What a sad and disappointing irony it is, that at this time that one of the Seven Natural Wonders of
the World is at its absolute finest, the world is in lockdown and very few if any will get to witness or
experience this iconic destination in all its splendour,” he added.

“But, of course, nature being what it is, Victoria Falls will flood again and will be there to impress,
enthrall and excite many millions of tourists in the decades ahead.”