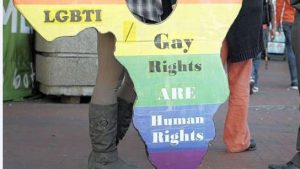 GALZ commemorates International Day Against Homophobia, Biphobia and Transphobia- IDAHOT under the theme Breaking the Silence.

17 May each year is set aside by the Lesbian, Gay, Bisexual, Transgender, Intersex  (LGBTI) community and their allies to celebrate diversity on the basis of sexual orientation, gender identity and expression (SOGIE).

In line with the theme, “Breaking the silence,” GALZ would like to break the silence and raise awareness on the impact of the prevailing social, legal and political environment towards LGBTI individuals and other persons of same sex sexuality. LGBTI people in Zimbabwe experience human rights violations on the basis of their real or perceived sexual orientation, gender identity and expression. Discrimination impacts on LGBTI people in a plethora of ways of which those accustomed to heterosexual privilege remain completely unaware, such as disownment, loss of employment, blackmail and extortion, invasion of privacy, arbitrary arrests, denial of human dignity, coercion into arranged marriages amongst other violations.

GALZ continues to advocate for the repeal of archaic and inhuman laws that criminalise same sex conduct.  Such laws have no place in democratic societies and should be repealed as they harm their own citizens. The history of oppression against LGBTI persons together with the inability to attain redress through the political or judicial process indicate that a repeal of laws is required.

GALZ  applauds the courage and resilience that the Zimbabwean LGBTI community has shown in the face of challenges that it has endured. GALZ will continue to work towards contributing to a just society that protects the human rights of all LGBTI people as equal citizens in Zimbabwe.

GALZ encourages the Government to uphold its constitutional obligations to protect the rights of all people, including LGBTI people. We further hope that the Government will ensure that lesbian, gay, bisexual and transgender persons in Zimbabwe do not continue to suffer the basic humiliations of oppressive laws, social stigma and propaganda spewed out by our national and religious leaders.

We urge our Government to take all necessary measures to guarantee that the rights and freedoms of all LGBTI people are respected and that LGBTI persons, activists and allies to continue Breaking the Silence as they support efforts to build a non-stigmatising society which embraces all its constituents.