Nobody anywhere believes in the corrupt and violent Zimbabwe government – not even its ‘all weather friends’ like China and South Africa, who will no longer lend it money. The Vigil suspects that Zanu PF supporters themselves only see the party as an avenue for self-advancement. 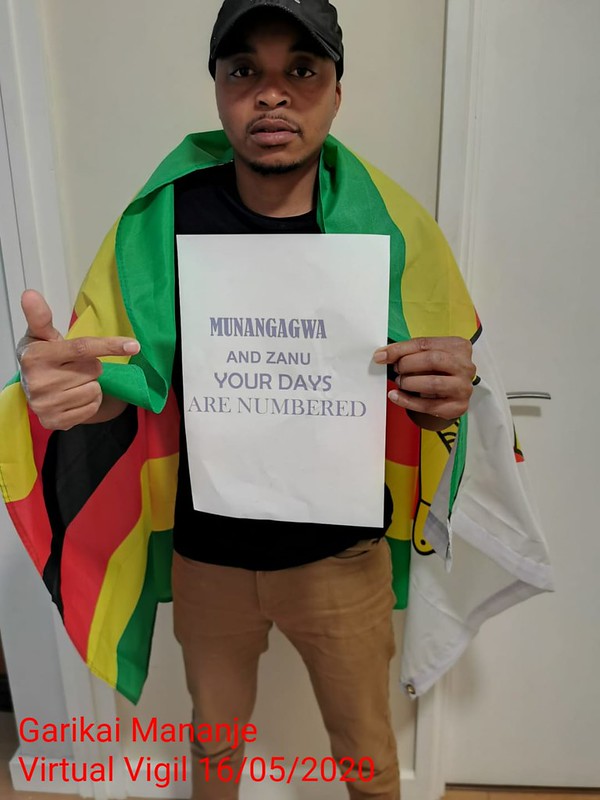 Immediately news broke on Wednesday that three young MDC women had disappeared after being detained by the police following a demonstration in Harare over food shortages than the world knew exactly what was going on. It has happened so often before: critics abducted by state agents to be tortured, perhaps killed, as a warning against opposing the government.

The three women were eventually found more than 24 hours later dumped in Bindura, partially clothed after being assaulted. They said they had been forced to eat human excreta. Ms Mamombe and Ms Marova found it difficult to walk after their injuries while Ms Chimbiri complained of severe head pains.

An MDC spokeswoman Thabika Khumalo said the women had been brutalized and traumatised for standing up for the suffering Zimbabwean people. She said: ‘We are literally slaves in our own country’ (see: https://www.voanews.com/africa/rights-groups-condemn-torture-protesters-zimbabwe).

The police denied arresting the women. Government spokesman Nick Mangwana said police wanted to interview them on suspicion of committing crimes related to the lockdown laws and the holding of illegal demonstrations (see: https://iharare.com/govt-speaks-on-mdc-activists-abduction).

The Vigil came across Mangwana as Zanu PF leader in the UK. He was the head of a small, expensively-dressed group trying to counter our protests when Zimbabwean ministers visited London. A petition has been launched calling for his family to be deported and his British citizenship revoked (see: http://chng.it/94myW6rvzb). It has already been signed by thousands of people.