WEDZA, Zimbabwe — In the rural Zimbabwe district of Wedza, a new electric-powered motorcycle is helping bring income to poor women and easing the burden of looking after families. 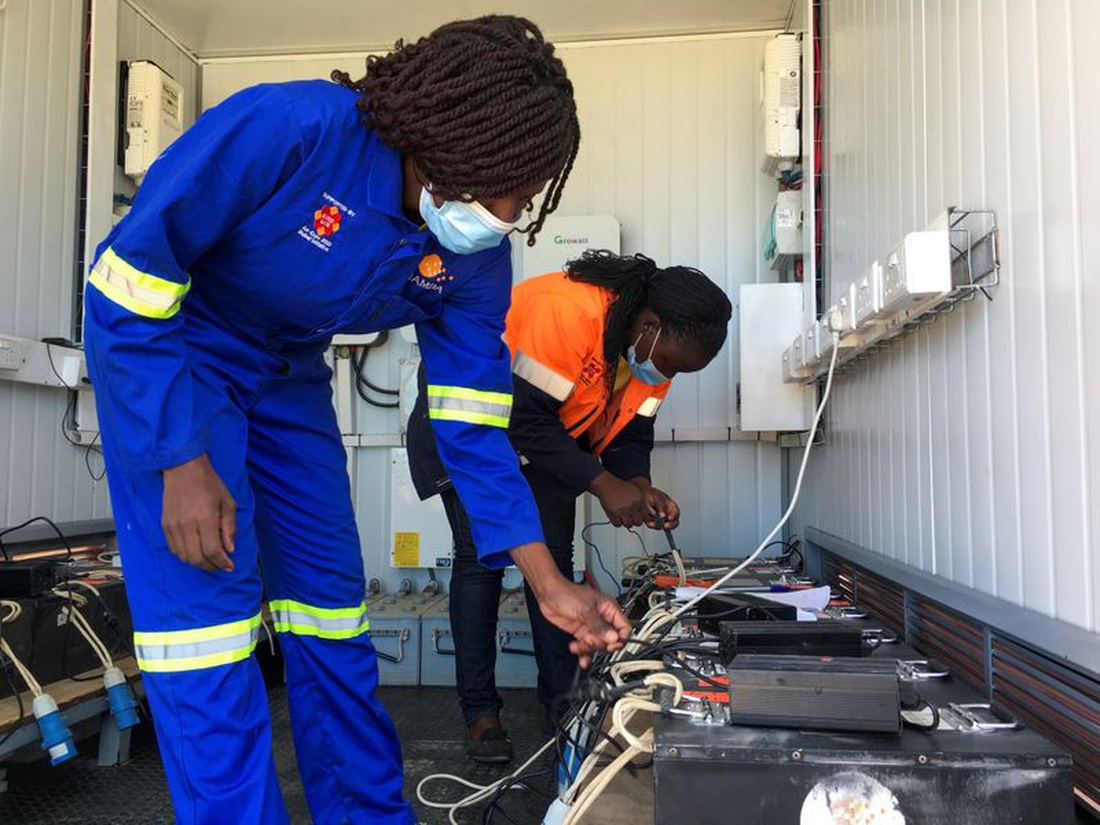 Employees charge lithium ion batteries for a Hamba electric motorcycle at a solar-powered recharging station in Wedza, Zimbabwe, 22 May 2020

The three-wheeler, known as Hamba (Go), powered by a solar-charged lithium ion battery, is being piloted by start-up Mobility for Africa, which leases the motorcycle to women in groups of up to five.

The women can now carry farm produce to markets further away from home, offer transportation services to villagers and use the motorcycle for domestic chores.

Mary Mhuka, a 58-year-old mother-of-six who is leasing the Hamba with her daughter-in-law and a neighbour, said the motorcycle had eased the strain of domestic work.

She could now sell her vegetables at a business centre 15 km away for more money than she would get locally.

“We used to carry firewood on our heads for very long distances … but now it’s much easier as this motorcycle has taken away that burden,” she told Reuters after a trip to the community water borehole.

Fadzai Mavhuna, the Hamba pilot coordinator since February 2019, said women paid an equivalent of $15 a month as a group to lease the Hamba, which has a maximum range of 100 km.

It costs between $0.50 and $1 to change the motorcycle batteries, which are charged at a solar-powered station.

Mobility for Africa is now in the second phase of the pilot project before it can go commercial. The Hamba is assembled in Harare with kits made in China and will be sold for $1,500.

“Some of the women have increased their income because they have embarked on … projects like baking, tailoring and horticulture,” said Mavhuna.

Pamhidzai Mutunya, a farm health worker, said before the arrival of Hamba, many women gave birth at home while others had to walk 12 km to the nearest clinic because there was no transport.

“We now have fewer cases of pregnant women giving birth at home,” the 35-year-old mother-of-three said.

She ferries an average of four people to the clinic a day and also collects medicines for patients.