Resulting in violent behaviour - so don't blame it on Chamisa 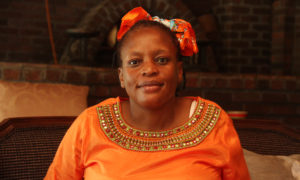 This opinion piece is prompted by two incidents: a  discussion I had with a member of the MDC Khupe faction Standing Committee, and by an approach by the daughter of Senator Mwonzora who emailed me a video she recorded complaining about the manner in which his father is being labelled a Zanu PF agent. I made it clear to both that I was working on an opinion piece that would address their concerns.

In 2005, Honorable Priscillah Mushonga-Misihairambwi was assaulted by some MDC youths following some disagreements within the rank and file of the Party following another stolen election or loss to Zanu PF, whichever way one wants to interpret it. The Party had performed well in its maiden parliamentary elections appearance of 2000, breaking Zanu PF’s two-thirds majority in Parliament. But the official results of the 2005 elections gave back Zanu PF two-thirds majority in Parliament, so the MDC could not block Zanu PF from willfully amending the constitution. The Party had hoped for better fortunes in this election give the promising start in 2000, but of cause Zanu PF had sharpened their dirty tricks in the run-up to the Presidential elections in 2002 throughout to the 2005 parliamentary elections.

So, whenever the chips are down, there is bound to be talk as party members analyse results, and unfortunately, sometimes some opinion will go against the majority opinion, and conflict arises, which sometimes leads to some people taking the law into their own hands and met instant justice or injustice on others. The Party was able to identify the youths you assaulted Hon Mushonga-Misihairambwi, and the eight were expelled from the party. I spoke to some of the youth to try and reason with them that what they had done was wrong as there was no justifiable reason, in my opinion, to beat up people that way, and I was told point blank by the youth that they were not acting on behalf of anyone, but they were expressing their personal anger at the way certain officials in the party were behaving. They told me they were angry with such officials who they saw as derailing the struggle to remove Zanu PF from power, when they (the youths) were on the receiving end of Zanu PF, army and police brutality.

These youths were some of the strongest party campaigners, but the Party President had endorsed their expulsion regardless of their contribution to the party, and many applauded the move as a positive step in instilling discipline in the youth. I cannot specifically recall when the expulsions were nullified, and what processes took place to have the expulsions nullified, but the youths bounced back and were allowed to work for Party, and at least one of them lost his life in the 2008 election madness in the hands of Zanu PF machinery.

Hon Mushonga-Misihairambwi was assaulted in May or before May 2005. More assaults of party officials took place following the split later that year which was caused by disagreements on whether the Party had to participate in the Senatorial elections or not. I recall the late Ambassador Trudy Stevenson was viciously assaulted among other casualties. Advocate Nelson Chamisa was not the leader of the party then. I don’t mean here that the then leader of the Party, the late Dr. Richard Morgan Tsvangirai was to blame. I know he didn’t condone violent behavior, he was a peace loving man. He even used to joke at some rallies that the youth who were bearing the brunt of Zanu PF violence were requesting for a small period when they would be allowed to  revenge on their Zanu PF tormentors when the MDC took over power, and he would tell the crowd that he would never allow that.

Ambassador Stevenson was not the last to be attacked by angry youths who thought certain people were derailing the bid for freedom. Among others who were assaulted later are Hon. Elton Mangoma, and the reinstated MDC-T 2014 Structures Acting President Dr. Thokozani Khupe, who has eight days left for her to start planning an Extra Ordinary Congress that meets the rule of law. In the case of Hon Mangoma, the late President Tsvangirai, from what I read as I was not at the scene, tried failed to restrain the youths who assaulted Hon Mangoma. No one can easily control the youths angered by people who they think are derailing the struggle.  Based on my discussion with the youth who assaulted Honourable Misihairambwi-Mushonga, these youths who assaulted Dr. Khupe and Honourable Mangoma would have taken it upon themselves to do so and I rule out any involvement in such ugly acts by the late Dr. Tsvangirai.

My conclusion from these experiences made me to believe that the MDC youths really feel the pain they suffer at the hands of the Police, the Army and Zanu PF youths who get protected by Government. They become highly emotional, and they find it easier to vent their anger on colleagues within the party who they think are betraying the revolution. They haul insults on you, they can assault you if they think you are selling out if they get the opportunity to do so. They can threaten you with death and do all manner of things, which I do not personally support, but that seems to be reality. This is the situation that Dr. Tsvangirai found himself in, and this is the same situation that Advocate Nelson Chamisa may be in. These tormented youths needs therapy to heal their anger. You can blame them, but they have no control over the pain and humiliation they go through at the hands of the country’s oppressors, and the leadership from the onset did not put in place programs to rehabilitate these usually innocent but tormented  souls. Until that problem is addressed, you can expect the youth to vent their anger on anyone they feel is regressing the momentum of the struggle against Zanu PF.

Unfortunately, the Zanu PF intelligence has long noticed this, and they always utilize differences within the opposition as an opportunity to create a wedge whenever they observe that there are disagreements within the Party. They will create messages to insult officials pretending that they are Advocate Chamisa, Senator Mwonzora or Dr. Khupe’s followers they will haul all sorts of insults and death threats to ensure that there is no room for the warring factions talking together again. Remember that during the 2018 election campaign, Emmerson Mnangagwa told a rally that the Zanu PF youths and intelligence must deal with the MDC on social media. Every politician worthy their salt heard that statement, so never underestimate Zanu PF and CIO involvement in opposition party disputes. The Police and the Army will even give the weaker faction rare protection, as in the case where they gave MDC Khupe faction youths escort to invade and take over Harvest House, aggravating and infuriating youths from the main faction of the MDC.

In the discussion I had with an official of the MDC Khupe faction, the official was really concerned by what he termed the desire to seek popularity by Advocate Chamisa “…in our struggle the popularity of the leader is not the equivalent of our goals of liberty and freedom”. The official went on to attack what he termed the “Chamisa Chete Chete mantra” and the tense situation at Harvest House where the “Chamisa vanguard” had made access difficult for anyone who was not a Chamisa conformist. Yes, I agree that could have been the case, but this is nothing new. I reminded my discussant about the similar situation that prevailed during the days when the late Dr. Tsvangirai was in charge, and told him that I had been subjected to similar treatment at some point when tensions were high between the former Secretary-General Tendai Biti and the late Presdient. I reminded my colleague about the Hon. Misihairambwi, Honorable Mangoma, about the assault of Dr. Khupe in Bulawayo, to the extent that Dr. Khupe vowed never to get anywhere near the entrance of Harvest House.  Never underestimate the people’s anger. Such acts of bashing each other are not good, and I am on record arguing against such, but that is reality, the oppressed people of Zimbabwe who cannot fight back armed soldiers, armed Zanu PF youths, armed police officers will find a weaker target to offload their anger on.

And the anger is real, and was witnessed in the episodes I have given as examples of. You couldn’t have blamed the late Dr. Tsvangirai for that, he tried his best but failed. Equally, you can’t blame it on Advocate Chamisa, the oppressed people of Zimbabwe really see anyone who associates with Zanu PF, by omission or by commission, as an enemy and will bay for their blood, unfortunate as it may be. On his part, Advocate Chamisa seems to have managed to handle things a bit better, insofar as I have not heard of anyone who was physically assaulted – not to say that there haven’t been cases where such unfortunate acts have happened, but I don’t recall headlines in that regard. Give him time, he has only be in charge for just over two years out of the 20 years during which these feelings of anger have been growing.

I explained to my colleague how as a Party, the MDC failed to control this anger by these youths you are tortured and brutalised by sponsored and armed Zanu PF gangs, the army, the police and the CIO during the time of Dr. Tsvangirai, and they concluded “I totally agree we allowed the problem to grow”.  And that should be a good starting point, rather than accuse Advocate Chamisa for fanning violence. Politicians are very good at the blame game to score points without addressing the real issues, and if the MDC continues that way, we will never reach Canaan.

I will address the other accusation about Advocate Chamisa wanting popularity in a different post, but I will emphasize to leaders of the opposition politics in Zimbabwe, whichever faction of a party they belong to, whichever Party they belong to, that if they want to remain relevant to the struggle, they should remain on the side of the oppressed masses, and that the oppressed masses will deal ruthlessly with anyone they suspect to be associating with Zanu PF, through such statements as made by Dr. Khupe who was quoted on the Zimbabwe Broadcasting Corporation saying “I will continue supporting him (Emmerson Mnangagwa). Do not be surprised if you claim to be in opposition and find yourself attacked by the oppressed masses if you find yourself given five star treatment in Zanu PF mouth pieces such as The Zimbabwe Broadcasting Corporation, The Herald and The Chronicle among others.

Finally, let me remind the Standing Committee members appointed by Dr. Khupe recently that theirs is just a faction of the MDC, it has no place in the Supreme Court Judgement. They are free to strengthen their faction, in the same way as Advocate Chamisa made replacements to the MDC Alliance structures. Those two developments, while permissible, are outside the mandate given to Dr. Khupe by the Supreme Court. The structures that were in place at the time of the passing on are the ones that should drive the Extra Ordinary Congress if we are to abide by the rule of law, but so far Dr. Khupe seems to have dismally called the much needed Council meeting to kick-start the Congress process, and her days are numbered to deliver as 30 June is around the corner.