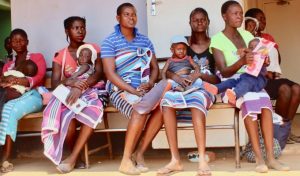 In Zimbabwe, poverty has seen some mothers battling to even get hospitals to confirm the births of their children. This has forced Zimbabwe Lawyers for Human Rights (ZLHR) to intervene in many cases where health institutions would be withholding confirmation of a child’s birth to force the mother to pay hospital fees.

The practice is widespread and also happens at some of the biggest hospitals such as Mpilo Central Hospital, United Bulawayo Hospitals and Victoria Falls Hospital where ZLHR has been forced to intervene to stop the denial of children’s right to be registered and get a birth certificate irrespective of their parents’ economic status.

In some cases, Rumbidzai Sibanda, Sandra Nicol Van Heerden, Sibusisiwe Mpala, Janet Mangwe and Sukoluhle Dube failed to get birth certificates for their children after the three hospitals mentioned above insisted that it would release birth records only after the less privileged women paid outstanding fees. “This violates the right to identity and to hold national documents. The hospitals ought to find other lawful means to secure payment,” said Nosimilo Chanayiwa, ZLHR’s Regional Manager for Matabeleland and Midlands provinces, referring to the practice.

ZLHR wrote to Mpilo Central Hospital, United Bulawayo Hospital and also contacted Victoria Falls Hospital demanding the release of the birth records of the children, one who was already going to school but would have been unable to write public examinations without a birth certificate. “Whilst we appreciate that the services rendered by your institution ought to be paid for, we believe that withholding a child’s birth record to secure payment is a violation of the child’s right to an identity as the mother has failed all these years to obtain a birth certificate for her child,” wrote ZLHR. “She is now of school-going age but has failed to secure a place because she has no birth certificate. This is now violating her right to education and will in future violate other rights as her failure to get education will impact on the quality of life she will have,” said ZLHR.

Describing the conduct as “extortionist”, ZLHR gave the hospitals a seven-day ultimatum or risk a legal suit. The hospitals complied with ZLHR’s demands and released the birth records. Article 6(2) of the African Charter On The Rights And Welfare Of The Child requires states to ensure that children are registered “immediately after birth”. As noted under Aspiration No. 3 of Agenda 2040, a birth certificate is often a prerequisite for access to basic services, such as health and education, to claim inheritance rights, or to curb child marriage and ensure age-appropriate treatment by the justice system.

Further, birth registration “is closely linked to the prevention of statelessness. While not all children born without birth registration are stateless, those born to, for example, refugees or asylum-seeking parents, a lack of birth registration can cause statelessness.” In some cases, hospital authorities are depriving new-born babies and their mothers of their liberty by refusing to discharge them if they fail to pay hospital fees. Born at Sally Mugabe Central Hospital, one infant girl’s first gift from the state was detention. Authorities at the hospital detained Esteri Gondo and her baby after she failed to raise money to pay for hospital fees despite constitutional provisions devoted to rights of children.

ZLHR later intervened resulting in the release of Gondo and her baby. “This is not only inhuman and degrading treatment, but illegal and an abuse of authority,” reads part of a letter written to Sally Mugabe Central Hospital by ZLHR. Such cases are not isolated and ZLHR has repeatedly been forced to intervene to save babies and mothers from this kind of agony.