Rwandan President Paul Kagame called for the lifting of sanctions against Zimbabwe and Sudan as they struggle to cope with the economic and social impact of the coronavirus pandemic. 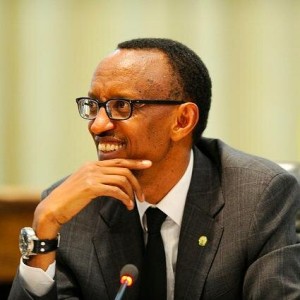 The two nations still face some U.S. proscriptions, complicating attempts to get debt relief that countries on the continent are seeking.

Speaking at a summit of the Organization of African, Caribbean and Pacific States, Kagame urged the nations to “work to harmonize and amplify our voices on the continued need for our countries to have adequate fiscal space to respond effectively.”

China’s foreign minister in January called for the sanctions against Zimbabwe to be lifted, saying they have no basis under international law. Some officials in Zimbabwe’s ruling party and their related businesses have been under U.S. sanctions since 2001, imposed for allegedly blocking human rights reforms and restricting press freedom.

While the U.S. lifted most of its long-running sanctions in 2017, its designation of Sudan as a state terrorism sponsor remains, blocking foreign investment into the North African nation. The country also has to settle billions of dollars in arrears before key Western lenders can re-engage.