HARARE – Former National Social Security Authority (NSSA) chairman Robin Vela has vowed to fight what he sees as abuse of power and official overreach after a court cleared him of corruption. 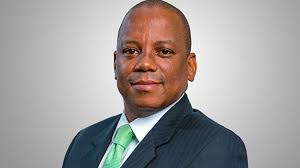 The High Court last week ruled that adverse findings and conclusions in a forensic audit report into NSSA covering the period January 1, 2015, to February 28, 2018, were biased, inaccurate, and incompetent.

The businessman said the judgment validated his long-standing protestations of persecution.

“I’m delighted at the finding of the Zimbabwe High Court as it completely vindicates me. The last three years of being maligned for political expediency, especially when you are a professional in the prime years of your career, who depends on reputation and integrity, have been very, very hard. My reputation has been damaged and these spurious charges have affected me both financially and emotionally,” Vela says.

He has now appointed an international team of lawyers to pursue damages against BDO International, the parent company of BDO Zimbabwe Chartered Accountants who conducted the investigation and whose conduct Justice Webster Chinamora determined “warranted censure” and against whom he awarded “punitive costs”.

“BDO International has a duty to ensure that their affiliates behave in a manner which is consistent with global auditing and accounting standards and is professional, credible and impartial,” Vela said.

“Recent events in South Africa have shown that professional services firms have a duty to behave ethically and with integrity. They cannot fob off their obligations by abrogating responsibility to local affiliates when things go wrong, but talk about a ‘global network/one firm’ when soliciting for engagement mandates. This has been established during the ‘State Capture Enquiry’ in South Africa where one of the big four chartered accountancy firms was taken to task,” says Vela.

Vela says he joined NSSA – a position he neither applied for nor courted – when asked because he “wanted to lend a hand and make a contribution towards the revival of Zimbabwe”.

He says instead of being applauded for shepherding NSSA into a strong financial position including through a merger of First Mutual and Nicoz Diamond, he was hounded out at the behest of former public service minister Petronella Kagonye to ensure only pliable board members prepared to implement and cover-up her irregular actions and abuse remained.

Vela turned to the court for relief in October last year after the now-discredited BDO Zimbabwe “forensic report” found NSSA had made investments that were not above board and had yielded losses; had concluded irregular take-off agreements that yielded losses; overpaid board fees; agreed a contract with Housing Corporation of Zimbabwe which yielded losses; and interfered in management processes. The forensic report fingered Vela, as non-executive chairperson of NSSA’s board, as being central to these “transgressions”.

He argued that the decisions attributed to him were board decisions; that the board had not acted above or beyond the scope of its mandate and had always adhered to the rules; that the losses the report identified were factually incorrect or overstated; and that the investigators had ignored or overlooked a lot of pertinent information, including High Court judgments, which absolved him from responsibility.

In a damning judgment issued on June 17, 2020, Justice Webster Chinamora agreed with Vela and found the “investigation leading to the report was biased and that the auditors did not apply their minds to issues before them”.

“It is worth emphasizing that the inaccuracies in the report speak to failure to apply one’s mind to the issues for determination before it,” Justice Chinamora wrote in his judgement.

Referring to the conduct of BDO Zimbabwe Chartered Accountants, Chinamora found that it was “within its power to eliminate some of the failure which undermined Vela’s rights”.

“In the exercise of my discretion I have decided to award punitive costs against BDO Zimbabwe Chartered Accountants,” he ruled.