HARARE---I have made a deliberate and sensible choice not to lower my expectations in life and be part of the “Stay Positive” brigade and that decision is non-negotiable. 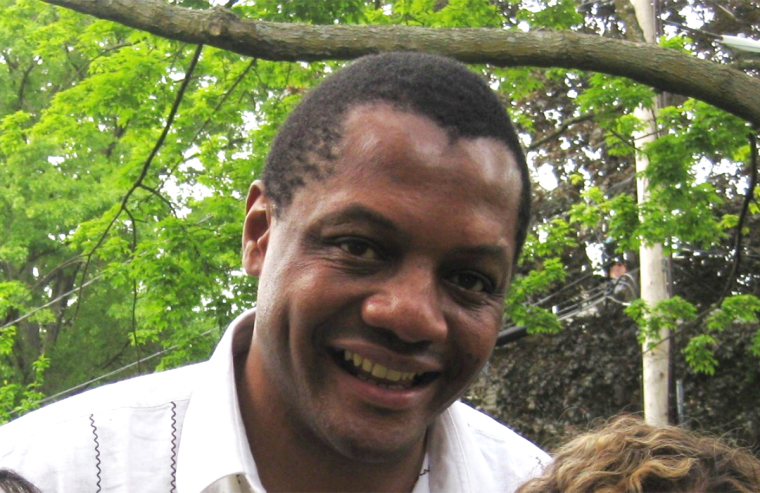 That nonsense of being asked to stay positive when there is nothing to be positive about is what made this country the absolute Shit Hole it is today!

At a social level, this “Shinga Mwanangu” claptrap has seen our sisters live miserable marriages generation after generation, whilst being pummeled daily by bullying and horrible husbands.
This is NO different to what the Emmerson Mnangagwa regime is doing to us by refusing to fully implement Political Reforms that would set this country on a strong economic footing.

What is there to be positive about in this country and why should citizens be asked to suffer whilst smiling at the outcomes of their tormentor’s cruelty, a tormentor that does not seek to change his ways?

We have no clean running water, no electric power, no jobs, no money, no political will to Reform from Emmerson Mnangagwa, no fuel, we have CORRUPTION galore, no health care, nepotism and mismanagement of State institutions continues, looting of State and national resources also continues unabated, fraud by the political elites remains standard and yet you expect Hopewell Chin’ono and the country to be positive?

Positive about what exactly?

We have no bright future under this regime and it is deliberately killing that future for generations to come, should we be smiling to that tragic reality?

NO! I will not lower my standards and join the “Stay Positive” brigade in a hole by making life there comfortable instead of getting out and seeking a normal human existence.

My father taught me that if you are in a hole, don’t make life there comfortable, GET OUT.
The elites have been making life in our hole comfortable for themselves by buying generators, buying solar equipment installations, drilling boreholes, buying 4 X 4s, seeking medical treatment from South Africa and the list goes on.

I might not live to see a better Zimbabwe through natural or unnatural circumstances, but I am at peace with the decisions that I have made, and I am not afraid to die for holding those principles.
Many have asked me about that probability as a price for speaking out, I respectfully ask you not to ask me anymore.

I know the price for speaking against a gangster State, but more importantly, I also know the huge price for keeping quiet.

It is a soft genocide that we are seeing everyday as we bury our loved ones dying in hospitals without medication.
We shall all die, but it is what we leave behind that will count many centuries after we are gone, so I am at peace with any such eventuality were it to happen to me.

It has happened to many others, and it shall happen to many others too until our politics becomes civilized.
I am a product of my existence and as such, what I say and what I do with my life is a reflection of how I was brought up by my parents!

We live under an incompetent and corrupt government that hires private jets for Vice Presidents, a Government that dishes out cars to traditional Chiefs when hospitals have NO ambulances!

A government that has left the poor to die from easily treatable diseases and turned public hospitals into death traps, and yet some amongst us have the nerve to ask me to stay positive?!

We have been asked to stay positive since 1997 when this crisis began, what has that positivity yielded for our people 22 years later?

Some make these calls whilst sitting in their Range Rovers or call me from air-conditioned mansions in Harare asking me to be positive.

It shows the huge and shameful disconnect between the Haves and the Have-Nots of this country and it also shows that whilst making their millions, the elites of this country will continue being happy cohabiting with this regime’s broken moral compass!

I want to put it on the record, until this government starts doing the right things, it’s Regime Associates and Apologists should Stop asking me to be positive!

It is nonsense and it is insensitive to ask me to be positive when I am seeing compatriots die daily because of this government’s shortcomings!

I do not seek to be accommodated at the feeding trough like many amongst us, that is why I turned down the offer to sit on a parastatal board when it was made last year, what I am after is a better life for all.
A life that gives all hard working citizens of this country a fair chance to live a decent life.
They will never get it at the rate at which this government is destroying our country, they will never get these opportunities if elites continue to seek accommodation instead of CHANGE in return to keeping their business interests going!

The selfishness of the elites is only truly self evident when those opportunities are blocked for their own kids, that is only when they join the masses in protesting.

But why would they complain when they were getting forex at 1 to 1 and when they don’t spend hours in fuel queues like the ordinary citizen?

There is a name for that, SELFISHNESS!

I come from Murewa where one of the first black millionaire businessmen in Rhodesia, Mr Kanyasa of the Farai Uzumba bus service fame chose principle over money.

He died in a Rhodesian jail fighting the racist colonial regime’s oppression and racist corruption.
There were many black businessmen like him who made profit not for profit’s sake.

Those are my heroes, those are the people that I look up to because they understood that being rich on the back of regime favors in a pool of government induced poverty is the equivalent of losing your soul to the devil.
If they had taken the “stay positive” route, Rhodesia would have stayed in colonial and racist shackles forever or much longer than was necessary.

Mr Kanyasa from Uzumba and of the Wafawanaka totem had the largest fleet of buses in Rhodesia, a hard working millionaire businessman.

He also had supermarkets and land, but he chose to support the liberation struggle giving freedom fighters clothes, food and money and allowing his buses to ferry them where need be.

He paid the ultimate price for it, but today he remains an icon of our liberation struggle and to this very day those with a moral compass remember him in their thoughts.

I have no such wealth like Mr Kanyasa, so why should I reduce and recede my integrity by tacitly supporting a broken regime when a man who could have thought of saving his millions chose to do the right thing?
I have questioned myself why black millionaires of today and political elites become so insensitive to the suffering of our people to the point of losing their moral compass and expecting someone who is going to bed on an empty stomach to be sensitive!

If it did we would have been living in a better country where the citizen was happy!
It shows that we have NO decent community and business leadership when people in privileged positions in our society ask us to be positive in the midst of an uncaring Regime.

It shows that we have NO leadership when the privileged define silence against a corrupt regime as patriotism!
This government has induced a chaotic existence in pursuit of easy pickings from things like fuel cartels and forex trading at the central bank, the RBZ!

This “stay positive” brigade is shameless because they speak from their own position of privilege and they are unconcerned by why we are not positive as long as their lives remain on track and their interests are protected?
The regime is aware of this weakness so it seeks to co-opt them and pretends to sort out their economic concerns through tinkering with the economy whilst the looting continues, and the regime also gives them futile seats on the table to feel special.

When truth, justice and common sense become secondary elements to one’s existence, when decency, empathy and compassion become tradable commodities, then the “stay positive” brigade becomes NO different to our persecutors!
It is aiding and abetting the suffering of our people in pursuit of business favors from this regime.

This regime should simply implement Political Reforms and stop asking for “positivity” from citizens groaning under a political crisis that manifests itself through economics, when it is giving us nothing in return!

If you so wish to be positive about this gross incompetence, corruption, nepotism and mismanagement, please do so on your own, but don’t attempt to guilty trip us into supporting the very people who have made our lives unbearable!
Stop asking me to be positive, Ask Mnangagwa to implement Political Reforms!