The Crisis in Zimbabwe Coalition (CiZC) dismisses ZANU PF Acting Spokesperson Patrick Chinamasa’s baseless and senseless utterances that the Coalition, together with the Zimbabwe Congress of Trade Unions (ZCTU) among others were terrorist organisations promoting anti-people activities during a press conference at the party’s headquarters. 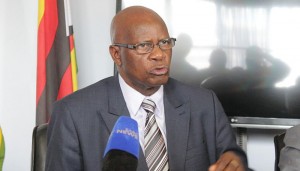 The Crisis in Zimbabwe Coalition has never, is not and has no plans of becoming a terrorist organisation, and will always use peace and dialogue as the only means to a sustainable solution to the Zimbabwean crisis.

The baseless statements by Mr Chinamasa are meant to silence the critical voices against corruption and bad governance. Even though these statements are outright nonsensical they serve as a reminder to many of us in the pro-democracy movement of ZANU PF’s default mode. All pretence about a new era and the second republic rhetoric has become hollow words.

The unfortunate statements by the ZANU PF Politburo member are a ridicule to the ethos of the liberation struggle and only synonymous to that of former Rhodesian Prime Minister Ian Smith’s venom, taken from the apartheid and colonial handbooks. The late nationalists’ Herbert Chitepo, Ndabaningi Sithole, Joshua Nkomo should be turning in their graves.

We are particularly petrified by the incitement of violence. Mr Chinamasa urged ZANU PF supporters to  “use any means at your disposal to defend yourselves.” He went further to say: “They (31 July demonstrators) must know that when they are being attacked, law enforcement agents might not be near.”

Such reckless utterances should not be taken lightly given ZANU PF’s violent history as narrated at the Motlanthe commission after the 1 August 2018 state murders of 6 unarmed civilians.

There is an apparent attempt by the State to silence dissenting voices through arbitrary arrests, beatings, abductions and threatening civil society leaders and trade unionists. The media, particularly the state – controlled media continues to be partial while perpetuating divisions in society and brazenly attacking civil society as plotting to subvert Zimbabwe’s constitutional democracy.

Government needs to honour its social protection obligations and this is achievable through wide consultations hence the need for an inclusive process.

The Coalition calls for the immediate arrest of Patrick Chinamasa for inciting violence and urging ZANU PF supporters to take the law into their own hands thus Contravening Section 187 (1) (a) as read with section 37 (1) (a) of the Criminal Law [Cordification and Reform] Act, Chapter 9:23, “incitement to participate in public violence’’.  The role of protecting the lives and property of the people is the sole responsibility of the Police Service as clearly articulated by Section 219 of the country’s constitution.

Therefore, we appeal to the Zimbabwe Human Rights Commission and the National Peace and Reconciliation Commission to call Mr Chinamasa to order and demand a retraction of those inflammatory statements which have a potential of fomenting violence and hatred amongst citizens.

We urge SADC and the African Union (AU)  to closely monitor the developments in Zimbabwe and ACT, as these utterances show a state gearing up to slaughter its people given the past experiences. We are thus reminded of the old adage, that,  “when a hyena wants to eat its children it accuses them of smelling like goats.”

On our part as Crisis in Zimbabwe Coalition, we have set our minimum demands for the national dialogue process based on wider consultations with our membership around the country.

Thus, it is our conviction that the national dialogue process must involve all stakeholders and a national visioning process that has civil society, government, political parties, business, religious groups and labour unions among other critical stakeholders.

The dialogue process should produce a clearly timed roadmap to the demilitarization of civilian political processes and the restoration of normalcy by focusing on key political, economic and social reforms. In this regard, we call for FULL CONSULTATION of all stakeholders rather than cosmetic processes.