MARONDERA: residents have been blocked from entering the CBD, as of this morning there is a heavy presence of security forces in the CBD. 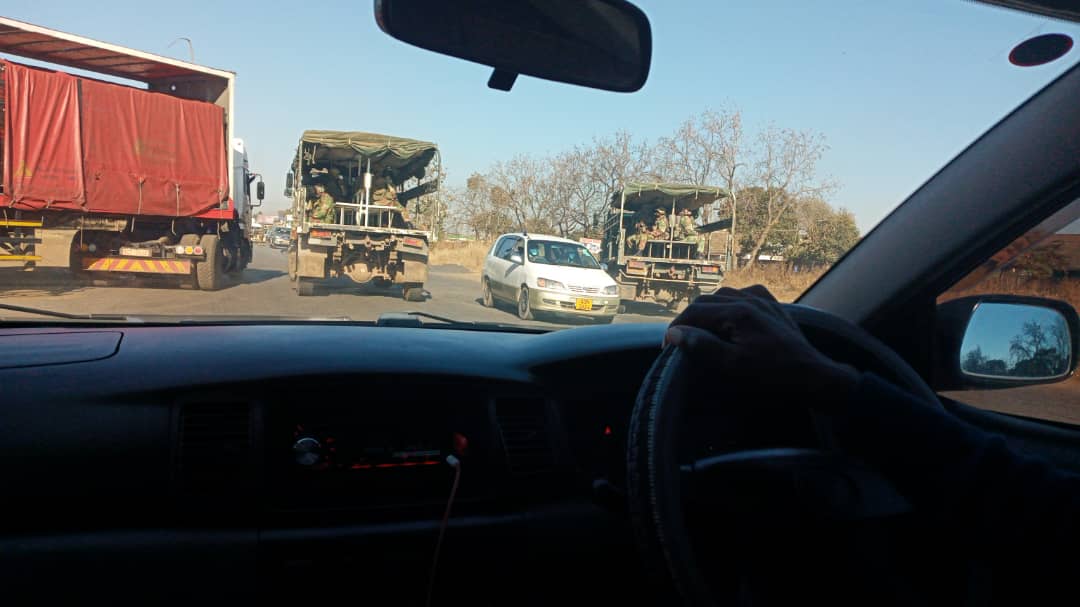 MASVINGO: Heavy presence of security forces including the Mucheke and Rujeko locations.
A Masvingo motorist was arrested for breaching curfew regulations early this morning but was released with a warning.

BULAWAYO: Residents in the most coloured suburb of BG have reported the presence of security forces.
There has been no update of the situation in the CBD.

GWANDA: A South African truck driver has been arrested for carrying unauthorised passengers heading to Beitbridge, the driver was made to pay an admission of guilt whilst the 4 passengers were arrested by the police for not having the required permits to travel, it is believed that the 4 males were intending to cross illegally into neighbouring South Africa.

ROADBLOCKS: The number of roadblocks is rumoured to increase ahead of planned 31 July protests. All police personnel have been called back for duty and all leave cancelled.

The Government has stated that the 31 July protests are illegal and protesters will be met with the full wrath of the law.
Zimbabwean’s are urged to not challenge the army during the protests, various civic groups have warned of those who will be planted by the regime to cause havoc amongst those protesting.

ZAMBIA: Zimbabwean’s resident in Lusaka will be meeting at the Embassy in Lusaka.

UNITED STATES: Zimbabwean’s will be gathering ahead of the 31 July protests.

SOUTH AFRICA: Zimbabwean’s in Pretoria and Capetown will be marching to the Zimbabwean High Commission/Consulate 31 July.
It is not known as to whether permission was granted for Zimbabwean’s resident in the Border town of Musina to gather at the port of entry 31 July.